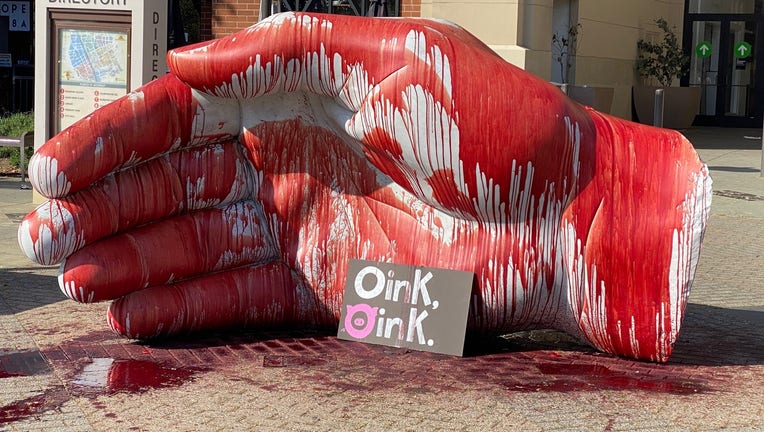 SANTA ROSA, Calif. - Santa Rosa police are searching for the people responsible for vandalizing a large hand statue in front of the Santa Rosa Plaza mall and a home with what appears to be animal blood.

Police were called to a residence shortly after 3 a.m. Saturday on a report that the home had just been vandalized by a group of people.

The suspects threw a pig's head onto the front porch of the home, and splattered blood all over the front of the house. 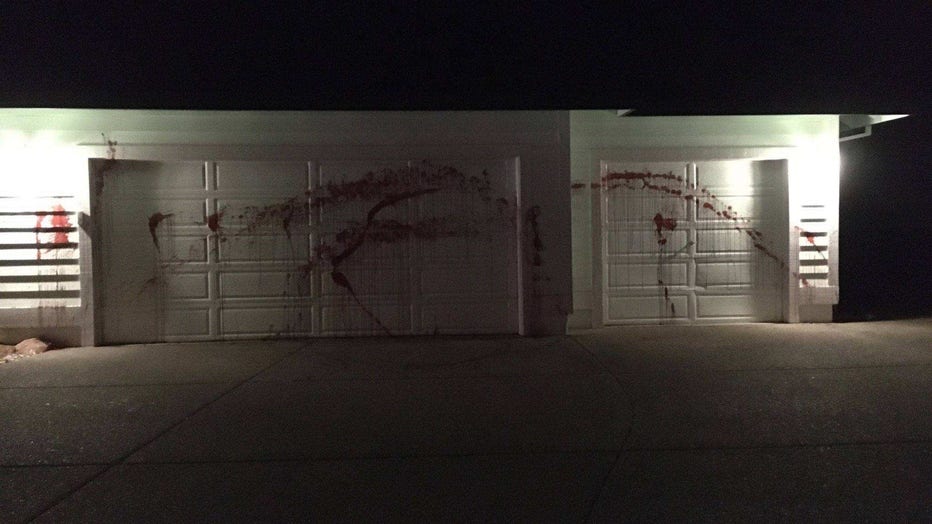 The suspects were dressed in all black and ran away as the victim was contacting police.

Police say the vandalism to the home was in excess of $400, making the crime a felony.

The victim’s house was the previous residence of Mr. Barry Brodd, a man who testified at the defense of Minneapolis Police Officer Derrick Chauvin’s trial. 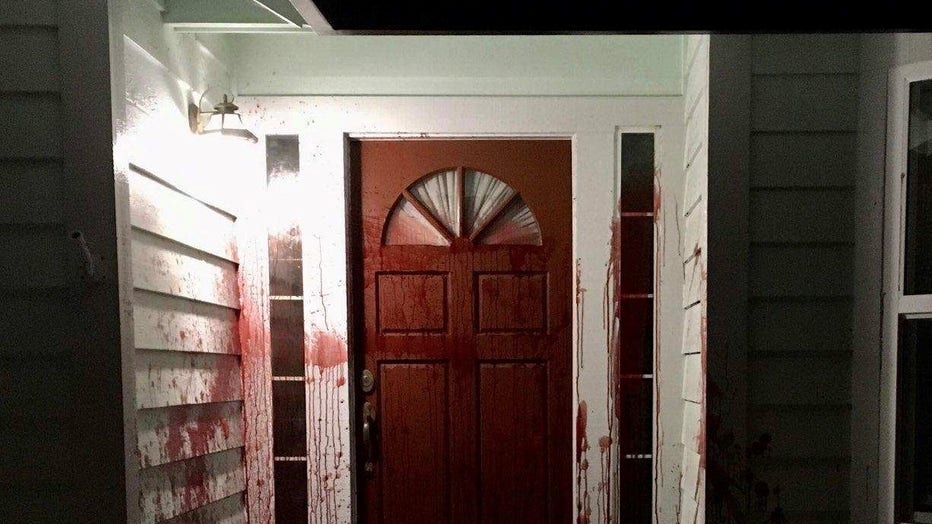 Police say Brodd no longer lives at the home, or even in the state of California.

About 45 minutes later, police were called to the large hand statue, which was vandalized with a similar substance, also suspected to be animal blood.

The suspects also posted a sign in front of the statue which reads "Oink Oink."

Anyone who witnessed either incident or has information that would assist with the investigation is encouraged to contact SRPD through the online Tip Line.