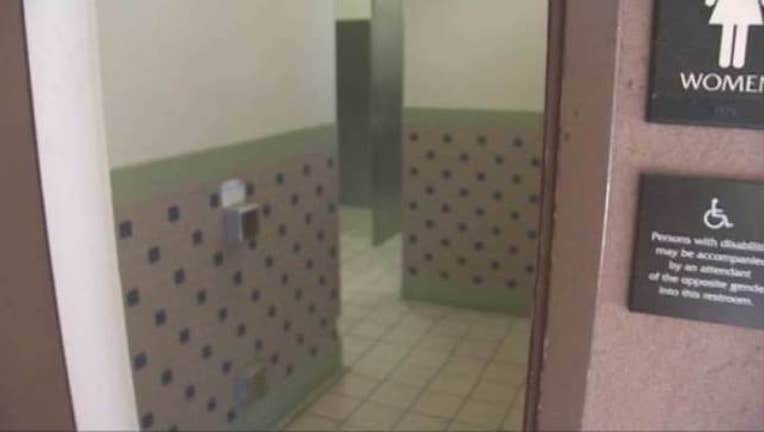 The female students said the suspect held a cellphone underneath one stall and above another from an adjacent stall between 7:45 p.m. and 7:55 p.m. at the campus at 950 South Wright Road, Santa Rosa Junior College District police said.

District police responded and checked the area but did not locate the suspect who was described as a white man between 20 and 30 years old, 5 feet 6 inches with either gray hair or a bald head.

The barefoot suspect was wearing a black and white striped T-shirt. He was last seen walking south away from the campus.

SRJC District police are asking anyone with information about the incident to call (707) 527-1000.