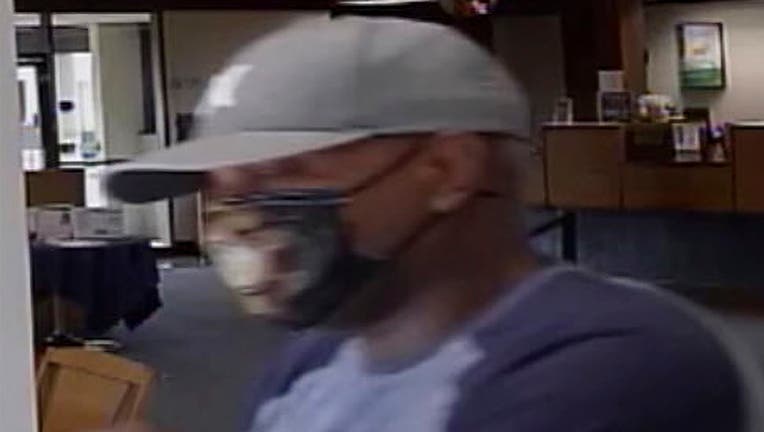 SANTA ROSA, Calif. - Police are searching for a suspected bank robber after a heist Thursday morning at a Santa Rosa bank.

The man entered the West America Bank, 2489 Guerneville Road, about 9:50 a.m. He produced a note and implied he had a firearm, but none was seen, Santa Rosa police said in a news release.

The man obtained an undisclosed amount of cash and left on foot, police said. No injuries were reported.

The man is described as a Black man in his late 30s to early 40s, about 5 feet 6 inches tall with a medium build. He was wearing a gray Hurley brand baseball hat, a checkered facemask, and a gray/blue long-sleeve shirt.

Anyone with information about the suspect is asked to contact Santa Rosa police through the department's Tip Line: www.srcity.org/CrimeTips, or by calling (707) 543-3590.