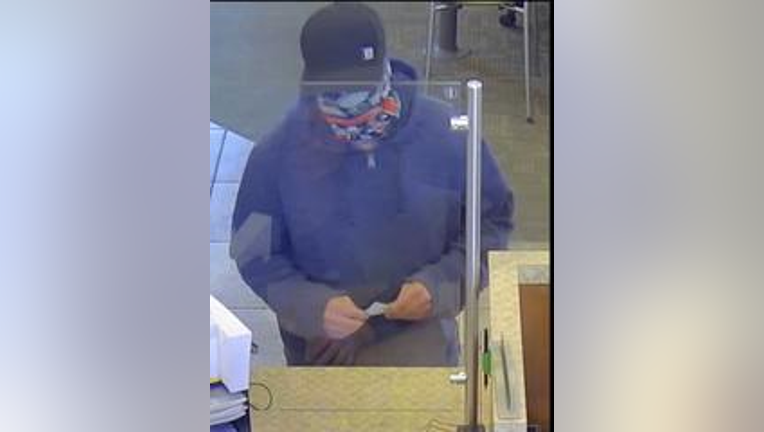 SANTA ROSA, Calif. - Santa Rosa police on Wednesday issued an image of a man they are seeking to identify who they say robbed a Wells Fargo bank.

Police said at 4:53 p.m., they responded to a call of a robbery at the bank on 2900 Cleveland Avenue. The suspect allegedly passed a teller a threatening note demanding money.  Before police arrived he fled northbound on Cleveland Ave. with an undisclosed amount of money.

Police spoke with witnesses who described the suspect as in his 30s with an average build and "bright blue eyes. He was wearing a navy-blue hooded sweatshirt, black baseball hat, and a multicolored facial covering.

A $2,500 reward is being offered by Sonoma County Alliance Community Engagement and Safety Rewards Fund for information leading to the suspect's arrest.