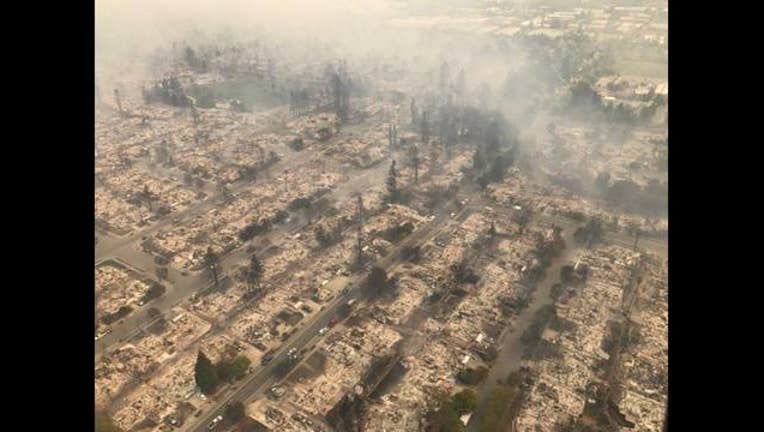 One ordinance allows recreational vehicles, tent camps and campgrounds in recreational areas and visitor-serving commercial zones year-round with a zoning permit instead of a use permit. The use permit is still subject to design review and minimum standards for sewer, water and electric hookups, but it is processed faster in the planning and permit department.

Recreational vehicles already are allowed as a temporary residence for displaced persons on fire damaged lots. Under the urgency ordinance, manufactured homes also will be allowed as emergency housing on fire-damaged lots but must be removed before occupancy of a reconstructed primary residence unless the manufactured home is permitted as an accessory of junior dwelling unit.

Placement of multiple recreational vehicles, manufactured homes and other temporary units approved and constructed by the Federal Emergency Management Agency or in cooperation with or under contract with FEMA will be allowed in public facility zones, such as the Sonoma County Fairgrounds, and in industrial areas and industrial parks with access to urban areas.

Another ordinance will expand the number of permitted units in existing mobile home parks without going through another planning process. A zoning permit will be required and health and safety standards will remain in force.

The Board of Supervisors, acting as the Board of Directors of several county sanitation districts, also approved an ordinance to prorate annual sewer service charges for residents whose homes were damaged or destroyed in the October fires.

Customers displaced by the fires in the Airport-Larkfield-Wikiup Sanitation Zone and Sonoma Valley County Sanitation District will only pay for the three months of sewer service they received this fiscal year (July, August and September). Displaced customers who have already paid for a
full-year of service (July-June) will receive a refund.

Those residents also will be allowed to temporarily connect recreational vehicles and other temporary housing to sanitation districts and zones operated by the Sonoma County Water Agency.

"The goal in approving these ordinances is to alleviate the financial burden placed on those members of our community who have been most affected by the recent fires," Board Chair Shirlee Zane said.

"Sonoma County continues to face a housing crisis that has been magnified by the Sonoma County Complex fires, and we want to support residents' housing needs while they work to rebuild their homes and lives," Zane said.