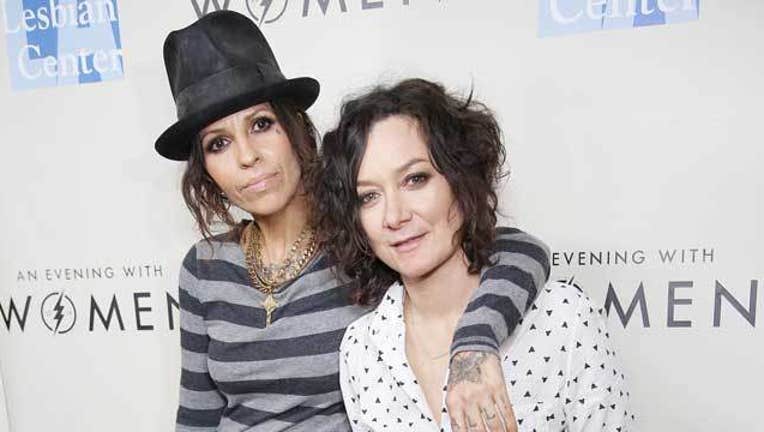 LOS ANGELES (KTVU-AP) — Sara Gilbert shared the news of her new baby on "The Talk."

Co-host Julie Chen announced on Monday's episode that Gilbert welcomed a son over the weekend. It's Gilbert's first with wife Linda Perry.

Gilbert and Perry were married in March 2014.

The 40-year-old Gilbert may be best known for her starring role on the long-running TV comedy "Roseanne." She's also a creator and co-host of "The Talk."

Perry is a singer, songwriter, producer and former front woman of the rock group 4 Non Blondes.

Gilbert has two children from a previous relationship.