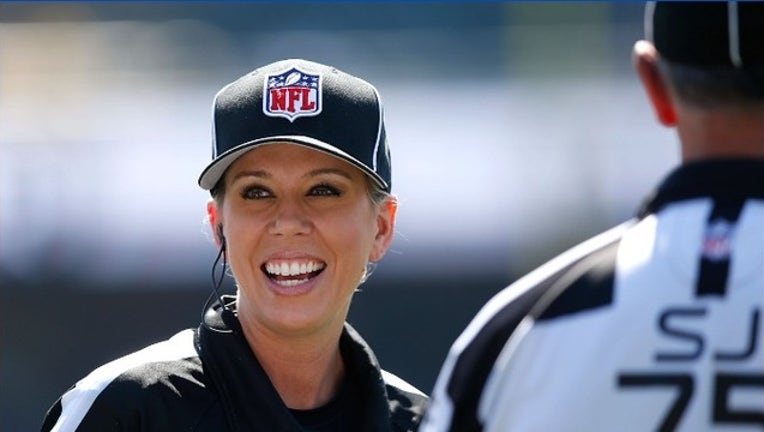 File art - Sarah Thomas, in her fourth year as an NFL offiical, will become the first woman to officiate an NFL playoff game on Saturday in the division matchup between the Patriots and the Chargers. (Photo by Ezra Shaw/Getty Images)

(KTVU) - NFL official Sarah Thomas will become the first woman to work an NFL playoff game on Sunday for the Patriots-Chargers matchup in Foxborough, according to Football Zebras.

Thomas, who’s in her fourth year as an NFL official, was the first woman to officiate a major college game and then became the first full-time female official in America's most popular sport.

Saturday she'll be the down judge for the divisional playoff game as part of referee Ron Torbert's crew.

Thomas was an alternate in the NFC wild card game between the Falcons and the Rams last season.

The Associated Press contributed to this report. KTVU reported this story from Oakland.