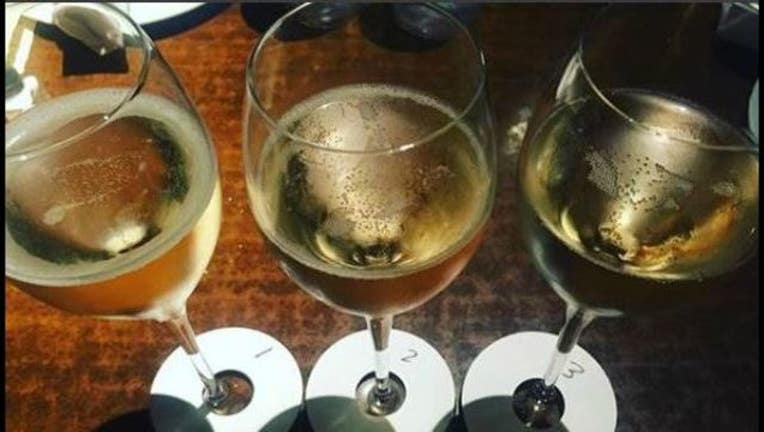 WASHINGTON (AP) — Most women would need to draw the line at two drinks, and men at two or three if states follow a blueprint by a prestigious scientific panel for eliminating the "entirely preventable" 10,000 alcohol-impaired driving deaths in the United States each year.

The U.S. government-commissioned report by a panel of the National Academies of Sciences, Engineering and Medicine made multiple recommendations, including significantly lowering drunken driving thresholds. It calls for lowering the blood-alcohol concentration threshold from 0.08 to 0.05. All states have 0.08 thresholds. A Utah law passed last year that lowers the state's threshold to 0.05 doesn't go into effect until Dec. 30.

The amount of alcohol required to reach 0.05 would depend on several factors, including the person's size and whether the person has recently eaten. The report cites studies indicating most women over 120 pounds would reach 0.05 after two drinks. Men weighing up to about 160 pounds would likely reach the lower threshold at two, and those over 180 pounds at three.

The panel, in its 489-page report, also recommended that states significantly increase alcohol taxes and make alcohol less conveniently available, including reducing the hours and days alcohol is sold in stores, bars and restaurants. Research suggests a doubling of alcohol taxes could lead to an 11 percent reduction in traffic crash deaths, the report said.

It also calls for cracking down on sales to people under 21 or who are already intoxicated to discourage binge drinking, and putting limits on alcohol marketing while funding anti-alcohol campaigns similar to those against smoking.

All the proposals are likely to draw fierce opposition from the alcohol and restaurant industries. The American Beverage Institute took out full-page newspaper ads opposing Utah's new law that featured a fake mugshot under a large headline reading, "Utah: Come for vacation, leave on probation."

The recommendation in the academies' report for lowering the blood-alcohol threshold would "do nothing to deter" repeat offenders and drivers with high blood-alcohol levels, who represent the "vast majority" of alcohol-impaired driving deaths, the Distilled Spirits Council said in a statement. The council said it also doesn't support the report's recommendations for "tax increases and advertising bans, which will have little or no impact on traffic safety."

The report points out that "alcohol-impaired driving remains the deadliest and costliest danger on U.S. roads," accounting for 28 percent of traffic deaths. Each day, 29 people in the U.S. die in alcohol-related crashes and many more are injured. Forty percent of those killed are people other than the drunken driver.

The report says many strategies have been effective to prevent drunken driving, but "a coordinated multilevel approach across multiple sectors will be required to accelerate change."

From the early 1980s to the early 2000s, there was significant progress as the result of an increase in the drinking age to 21, decreases in the blood-alcohol threshold, and other measures, the report said. But since then, progress has stagnated and recently has begun to reverse.

Action to address drunken driving can't wait for the advent of self-driving cars immune to the lures of a cold beer or a fine wine — it will take too long for autonomous vehicles to replace all the human-driven machines on the road, said the panel's chairman, Steven Teutsch, a senior fellow for health policy and economics at the University of Southern California in Los Angeles.

"In the meantime, we have 10,000 people a year dying and we ought to do something about it," he said.

The report cites studies that show the United States lags behind other high-income countries in preventing drunken driving fatalities. More than 100 countries have adopted the 0.05 threshold lower. In Europe, the share of traffic deaths attributable to drunken driving was reduced by more than half within 10 years after the standard was dropped, the National Transportation Safety Board said in 2013. The safety board has also recommended the 0.05 threshold.

Alcoholic beverages have changed significantly over the past 25 years. "They are more affordable, of far greater variety, and more widely advertised and promoted than in earlier periods," the report said. The lack of consistency in serving sizes and the combination of alcohol with caffeine and energy drinks make it harder for drinkers to estimate their level of impairment.

The report was commissioned by the National Highway Traffic Safety Administration, which asked the academies to determine which strategies for reducing drunken driving have been proven effective.