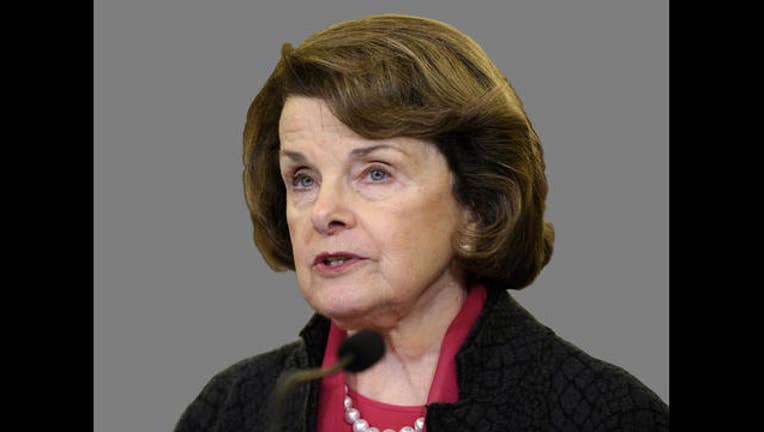 WASHINGTON (AP) -- Sen. Dianne Feinstein, the top Democrat on the Senate committee that oversees the FBI, said publicly this week that the government paid $900,000 to break into the locked iPhone of a gunman in the San Bernardino, California, shootings, even though the FBI considers the figure to be classified information.

The FBI also has protected the identity of the vendor it paid to do the work. Both pieces of information are the subject of a federal lawsuit by The Associated Press and other news organizations that have sued to force the FBI to reveal them.

"I was so struck when San Bernardino happened and you made overtures to allow that device to be opened, and then the FBI had to spend $900,000 to hack it open," Feinstein said. "And as I subsequently learned of some of the reason for it, there were good reasons to get into that device."

Comey hinted at a ballpark range last year, saying the government paid more than he would earn in his remaining seven years on the job, an amount that would have been at least $1.3 million.

The federal government paid the sum as it cut short an extraordinary court fight with Apple Inc., which was resisting a judge's order to help the Justice Department hack into the phone of Syed Rizwan Farook, who along with his wife killed 14 people in a San Bernardino attack in December 2015. An unidentified third party came forward last March with a solution to open the phone.

The AP and other news organizations last year filed a public records lawsuit to learn how much the FBI paid. The Justice Department has said in court filings that the information was properly classified. It argued that the information it withheld, if released, could be seized upon by "hostile entities" that could develop their own countermeasures and interfere with the FBI's intelligence gathering.

Feinstein's spokesman, Tom Mentzer, would neither discuss the senator's remarks nor say whether she was offering an estimate or disclosing information obtained in an FBI briefing.