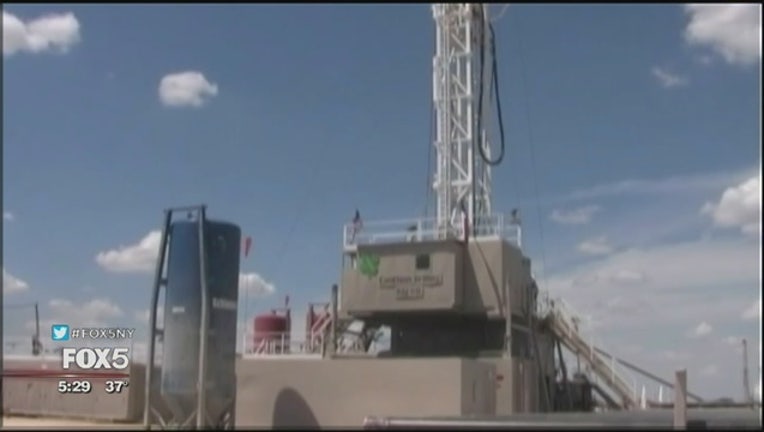 WASHINGTON (AP) -- The Trump administration may have violated federal law by exempting Florida from a national plan to expand offshore drilling, a Democratic senator charged Thursday.

Sen. Maria Cantwell of Washington state said Interior Secretary Ryan Zinke's decision to give Florida a last-minute exemption while ignoring at least 10 other states that made similar requests may violate requirements of the Outer Continental Shelf Lands Act, which governs drilling in U.S. coastal waters.

Zinke's action is especially outrageous because Florida -- unlike California, Washington and other states -- did not expressly oppose the drilling proposal in written comments submitted to the Interior Department, Cantwell said.

While Florida Gov. Rick Scott voiced opposition soon after the plan's Jan. 4 release, a letter submitted by the state Department of Environmental Protection last year did not oppose the drilling plan or ask for Florida to be exempted. Instead, the letter warned about the effects of oil and gas activities on the environment and urged that "long-term protection of Florida's sensitive coastal and marine resources should be of paramount concern" in developing a drilling plan.

By contrast, the governors of California, Oregon and Washington told Interior they "strongly oppose any new leasing" off their coasts and asked to be removed from the plan.

By exempting Florida but not other states, Zinke showed he is "more concerned with politics than proper process when it comes to making key decisions that affect our coastal communities," said Cantwell, the top Democrat on the Senate Energy Committee.

Carl Tobias, a law professor at the University of Richmond, called Zinke's action troubling. Singling out one state for exemption "may well violate federal law" that requires formal notice and comment period before taking regulatory action, he said.

An Interior spokeswoman declined to comment Thursday. But White House press secretary Sarah Sanders denied the administration gave special treatment to Scott, a Republican and ally of President Donald Trump who is considered a likely Senate candidate later this year.

"I'm not aware of any political favor that that (Florida exemption) would have been part of, so, no," Sanders said.

In announcing the exemption for Florida on Tuesday, Zinke called Scott "a straightforward leader that can be trusted."

Zinke added that he supports Scott's position that "Florida is unique and its coasts are heavily reliant on tourism as an economic driver. As a result of discussion with Governor Scott and his leadership, I am removing Florida from consideration for any new oil and gas platforms."

Like Florida, California and other coastal states "rely on our beautiful coasts for tourism and our economy," Lieu said, adding that he believes courts will strike down the drilling plan.

The American Petroleum Institute, the top oil and gas lobbying group, also questioned Zinke's action -- but from the other direction. The group called the Florida withdrawal "premature" and said restricting access to the Eastern Gulf of Mexico in particular "puts hundreds of thousands of jobs at risk across the country and along the Gulf Coast."

API spokesman Reid Porter said the Trump administration "should follow the established process" for developing an offshore drilling program, including public comment. "It is important that Interior complies with all the legal procedures and requirements for putting together" a drilling program on the Outer Continental Shelf, Porter said.

Questions about the legality of the Zinke's decision came as bipartisan opposition to the drilling plan mounted. Several governors, including leaders of Washington state, Delaware, Rhode Island and Maryland, asked for their states to be withdrawn from the plan and requested meetings with Zinke.

Zinke announced plans last week to greatly expand offshore oil drilling from the Atlantic to the Arctic and Pacific oceans, including more than a dozen states where drilling is now blocked. The five-year plan would open 90 percent of the nation's offshore reserves to development by private companies.