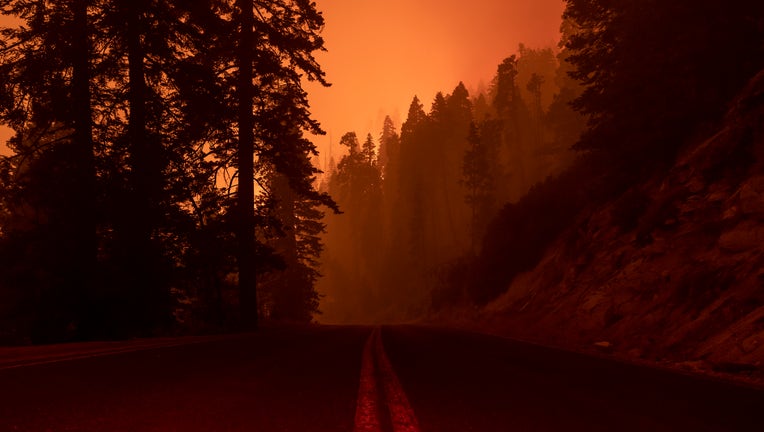 CAMP NELSON, CA - SEPTEMBER 14: Fire advances along the Western Divide Highway during the SQF Complex Fire on September 14, 2020 near Camp Nelson, California. The SQF Complex Fire has grown to more than 90,000 acres and burned scores of homes. Califo

SEQUOIA NATIONAL PARK, Calif. - California’s Sequoia National Park has been fully closed due to a nearby wildfire in the Sierra Nevada wilderness.

The action this week came after the park headquarters and the community of Three Rivers at the park’s southern entrance were put on evacuation notice, according to a statement.

“To ensure any pending evacuation goes as smoothly as possible we are closing the park to visitors,” Acting Superintendent Lee Taylor said.

Campground reservations are being canceled and refunded.

Sequoia National Park, home to its giant namesake trees, is threatened by the Castle Fire, part of the SQF Complex of fires ignited by lightning in the Sierra National Forest.

Burning since Aug. 19, the complex has scorched nearly 192 square miles (497 square kilometers) of forest and was just 12% contained on Thursday. The fire has destroyed 150 structures and threatens more than 3,400 others.