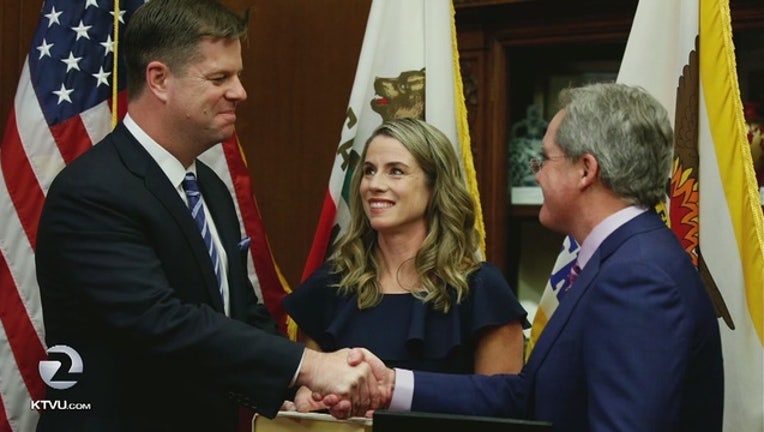 With the $29.1 million package of new funding investments, Farrell said he is seeking to double the city's Homeward Bound program, which helps connect people without homes to estranged family members and friends; expand capacity at homeless shelters; fully fund four navigation centers set to open next year; and create 200 new homes for formerly homeless residents in new affordable housing buildings and in a hotel in the city's South of Market neighborhood.

"San Francisco's homeless problem has become a crisis and as mayor I have been committed to tackle the issue head on," Farrell said in a statement. "These investments focus on programs and policies that have been proven to work, and will make a difference on the streets of San Francisco. Our residents deserve it."

According to the mayor's office, the Homeward Bound program served almost 900 people last year. In addition, in the first eight months of 2017, less than four percent of the people served by the program returned to San Francisco to access city services for the homeless.

The funding package includes $2 million to support 147 units in new affordable housing sites expected to be completed next year and specifically set aside for formerly homeless residents.

The budget will also provide $2 million for opening and operating the 50-unit Minna Lee Hotel in the city's South of Market neighborhood.

The added 197 units will bring the total number of permanent supportive units in San Francisco to 7,700, the most per capita of any city in the country, according to the mayor's office.

The package of investments will continue to help the city's Navigation Centers, allowing $15.2 million for the four new facilities, including one for women and another for expecting mothers.

Also, $1 million will go toward rapid rehousing programs for transitional age youth and the creation of two new access points for providing resources, support and services for families and residents
struggling with homelessness.

"The Mayor's proposed budget adds significant resources to San Francisco's Homeless Response System," director of the Department of Homelessness and Supportive Housing Jeff Kositsky said. "To be successful in our effort to make homelessness rare, brief and one time we have to invest in proven programs that help prevent and end homelessness."

"The proposed budget will help us reduce the number of people who are becoming homeless and in need of emergency services while also investing in proven solutions like permanent supportive housing and navigation centers.

This budget reflects the priorities outlined in HSH's strategic framework and moves us closer to our goal of reducing homelessness in San Francisco," Kositsky said.