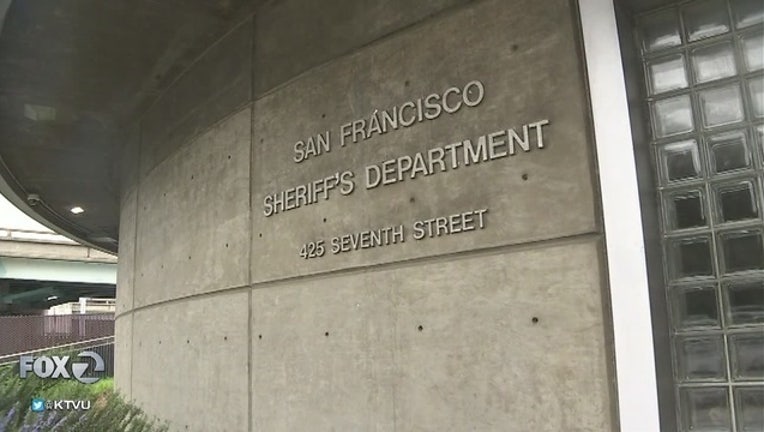 SAN FRANCISCO - A San Francisco sheriff's deputy voluntarily turned himself in on Tuesday and is facing charges for allegedly possessing an assault weapon.

In November 2019, Deputy Jalen Rosales, a two-year veteran, was said to have brought a modified, semi-automatic pistol into City Hall in his backpack, according to the sheriff's department.

The sheriff's department said they began an investigation when they found that Rosales may have broken the law.

"We subsequently shared our investigation with the District Attorney’s office and submitted an application for Deputy Rosales’ arrest warrant [for his violation]," the sheriff's office said.

A sheriff's spokesperson said Rosales left his backpack behind in a City Hall locker room. He asked another deputy to go back and get it for him. When the deputy went to retrieve it, they discovered the modified weapon and reported it.

“This arrest is a reminder that no one is above the law,” said District Attorney Chesa Boudin. “My office will continue to hold accountable our law enforcement officers, whom we trust to know and abide by the laws around gun possession.”

Rosales was arrested and released after posting bail. He has since been placed on administrative leave.