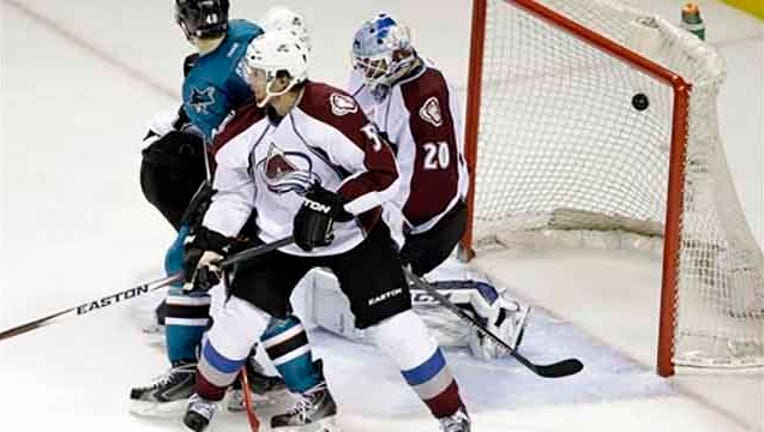 Matt Duchene scored a power-play goal for the Avalanche, who began a three-game road trip with a loss. Reto Barra made 25 saves.

The Sharks moved within five points of Winnipeg for the final wild-card spot in the Western Conference with five games remaining.