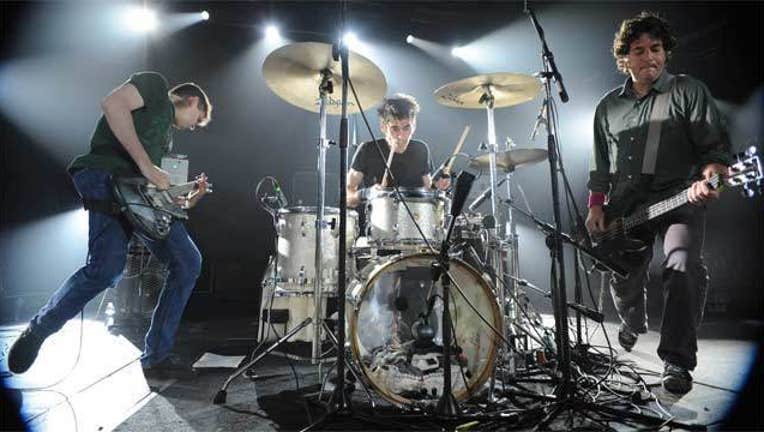 While Chicago-based guitarist and noted audio engineer Steve Albini first made a major noise with his caustic post-hardcore Big Black starting in the early '80s, his longest existing and arguably most important band has been his celebrated trio Shellac with bassist Bob Weston and drummer Todd Trainer. First developing an interest in punk after being introduced to the Ramones as a teen, Albini voraciously consumed all the new music he could find growing up in his hometown of Missoula, Montana, and played in his earliest music projects.

He moved to the Chicago suburb of Evanston to attend journalism school at Northwestern University, immersing himself in the scene as a fan and a writer for local zines. Around the time he first started recording bands, Albini founded Big Black and soon corralled Naked Raygun members Jeff Pezzati and Santiago Durango into the group that was filled out in the studio by a drum machine.

The harsh beat of the mechanical rhythm patterns were matched will with Albini's terse, aggressive guitar attack using a metal pick to achieve a more abrasive sound on early EPs Bulldozer and Racer X. Pezzati had left to focus on Naked Raygun by the time the band issued Atomizer in 1986, an effort that's still hailed by many as the band's highpoint along with the group's final album Songs About F---ing the following year.

Albini would continue to refine his approach to noisey post-hardcord with his next band, the controversially named Rapeman with the heavyweight rhythm section of bassist David Wm. Sims (formerly of Scratch Acid and later of Jesus Lizard fame) and drummer Rey Washam (ex-Scratch Acid and Big Boys). The new group would only produce a few singles and one album before splitting up as Albini became busier as a recording engineer.

During the late '80s and early '90s, he would have a hand in the studio tracking some of the most important albums of the era including efforts by the Pixies, Superchunk, Slint and the aforementioned Jesus Lizard, but Albini eventually returned to writing and recording his own violent music in 1992 with Shellac. From its earliest singles, the potent trio crafted a unique post-punk sound built around lurching, complex time signatures, Albini's minimalist corrosive guitar and screamed vocals.

Several singles and EPs would be followed by the acclaimed debut At Action Park in 1994. While the band has been less than prolific -- they've only produced five records in over two decades -- Shellac has remained a respected and rabidly followed outfit that has curated ATP's All Tomorrow's Parties festivals and consistently draws sell-out crowds to their always cathartic concerts. Last year, the band's latest release Dude Incredible (its first in seven years) was released to universal acclaim. The trio comes to the New Parish in Oakland for two shows starting Sunday night with support from Touch and Go labelmate and singer-songwriter Shannon Wright.