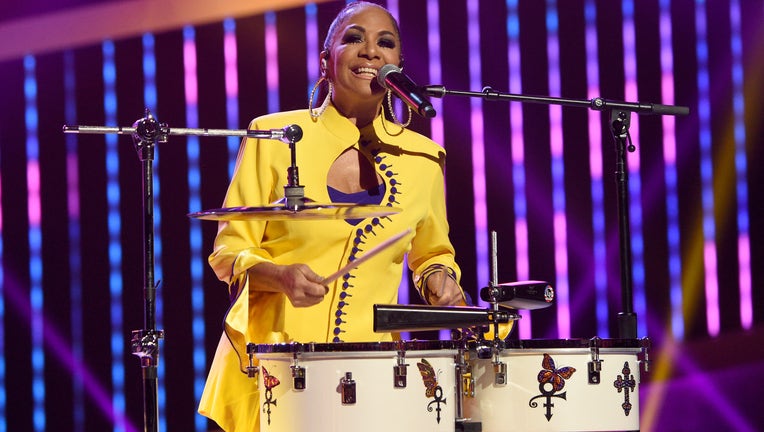 In partnership with the nonprofit Elevate Oakland, an organization Sheila E. co-founded that provides financial support for music and arts programs in Oakland public schools, the one-night special We Stand Together is offering a show for all and the proceeds will support the Black Lives Matter Global Network Foundation and various youth-centered non-profits.

“This event centers on our collective belief in the power of music and art to uplift and empower marginalized communities and act as a connection point to educate viewers on the intersection of art, culture and politics,” organizers wrote in a release.

Musicians and speakers will take the stage inside the mostly-empty club, including a collection of Bay Area-born stars who are passionate about supporting the national movement. You’ll hear from musicians Tony! Toni! Tone!, Michael Franti and Lynn Mabry. NBA all-star and rapper Damian Lillard will be there, too, as will musicians Mark Curry and Freddie Stone.

“We have a lot of great people and speakers in support of the Bay Area, Elevate Oakland and Black Lives Matter,” said Sheila E. on Mornings on 2.

The Queen of Percussion described how We Stand Together was a last-minute idea, due to the coronavirus pandemic currently surging across the nation. She said it was formed essentially by calling friends to see if they wanted to be a part of something special.

“Basically, us as entertainers and artists, we don't have a life without seeing you all,” the Grammy Award winner said. “We really miss playing in front of people. But the need is here. It’s urgent.”

While organizing the lineup, Sheila E. called Oakland native and “Moonlight” star Mahershala Ali, whom she did not know previously, and asked if he thought there was something uplifting he could say to the Bay Area community. The actor agreed without hesitation.

Activist Angela Davis will also be at the historic jazz club, so will Comedian George Lopez and musician Stevie Wonder.

And of course, the night wouldn't be complete without Sheila E. on stage herself. The singer, drummer, and percussionist best known for her mid-80s, Prince-penned hit "The Glamorous Life" will jam with the rest of the talent for a "night in solidarity with Black lives everywhere."

The event kicks off Thursday at 7 p.m. You can find it on the Elevate Oakland website. It will also be streaming live on Sheila E.’s Facebook page and YouTube channel.

We Stand Together is a free event, though a GoFundMe fundraiser has been set up to support the aforementioned foundations.