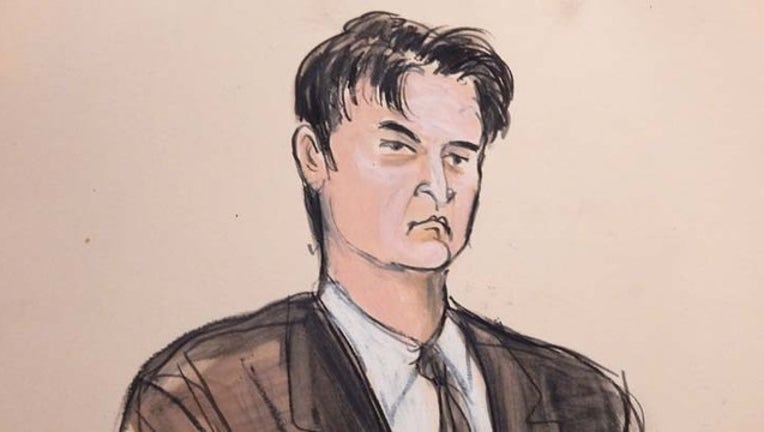 NEW YORK (AP) -- A San Francisco man who created the underground drug-selling website Silk Road was sentenced Friday to life in prison by a judge who cited six deaths from drugs bought on his site and five people he tried to have killed.

U.S. District Judge Katherine Forrest told 31-year-old Ross Ulbricht he was a criminal even though he doesn't fit the typical profile -- he has two collegiate degrees -- and she brushed aside his efforts to characterize the business as merely a big mistake.

"It was a carefully planned life's work. It was your opus," she said. "You are no better a person than any other drug dealer."

Ulbricht's 2013 arrest shut down what prosecutors described as an unprecedented one-stop online shopping mall where the supply of drugs was virtually limitless, enabling nearly 4,000 drug dealers to expand their markets from the sidewalk to cyberspace, selling drugs on a never-before-seen scale to more than 100,000 buyers in markets stretching from Argentina to Australia, from the United States to Ukraine.

The government said in court papers that Ulbricht left a blueprint that others have followed by establishing new "dark markets" in sophisticated spaces of the Internet that are hard to trace, where an even broader range of illicit goods are sold than were available on Silk Road.

Forrest said the sentence could show copycats there are "very serious consequences." She also ordered $183 million forfeiture. Prosecutors had not asked for a life sentence, saying only they wanted substantially more than the 20-year mandatory minimum.

Ulbricht was convicted in February of operating the site for nearly three years from 2011 until 2013.

Prosecutors say he collected $18 million in bitcoins through commissions on a website containing thousands of listings under categories like "Cannabis," `'Psychedelics" and "Stimulants." They said he brokered more than 1 million drug deals worth over $183 million while he operated on the site under the alias Dread Pirate Roberts -- a reference to the swashbuckling character in "The Princess Bride."

The judge said Ulbricht's efforts to arrange the murders of five people he deemed as threats to his business was proof that Silk Road had not become the "world without restrictions, of ultimate freedom" that he claimed he sought. Ulbricht also is charged in Baltimore federal court in an attempted murder-for-hire scheme.

"You were captain of the ship, Dread Pirate Roberts," Forrest said. "It was a world with laws you created. ... It was a place with a lot of rules. If you broke the rules, you'd have all kinds of things done to you."

Before the sentence was announced, a sniffling and apologetic Ulbricht told Forrest he's a changed man who is not greedy or vain by nature.

"I've essentially ruined my life and broken the hearts of every member of my family and my closest friends," he said. "I'm not a self-centered sociopathic person that was trying to express some inner badness. I do love freedom. It's been devastating to lose it."

His lawyer, Joshua Dratel, said he was "disappointed tremendously" by the sentence.

Outside court, Ulbricht's mother, Lyn, called the war on drugs a failure and said two of the victims in the case died during the four months that authorities investigated but did not shut down the website.

His hands folded before him, Ulbricht was stoic as the sentence was announced. As he left the courtroom, he carried with him photographs of those who died as a result of drugs purchased on Silk Road.