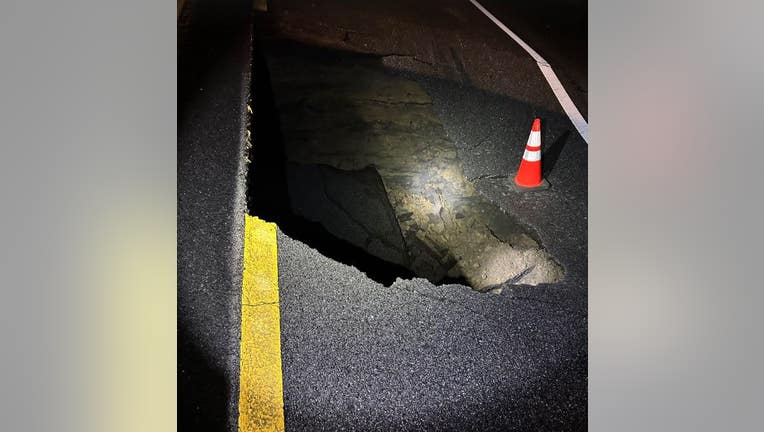 As of 3am this morning SR-92 has been closed in both directions from upper SR-35 to Pilarcitos Creek Road due to a sinkhole. Photo: CHP Redwood City

HALF MOON BAY, Calif. - State Route 92 on Thursday was closed in both directions along a 4-mile stretch between Skyline Boulevard – also known as Route 35-- and west to Pilarcitos Creek Road.

Caltrans crews need to fix a large dip in the road caused by the storms.

There was no estimate for the reopening of Route 92, also known as San Mateo Road. 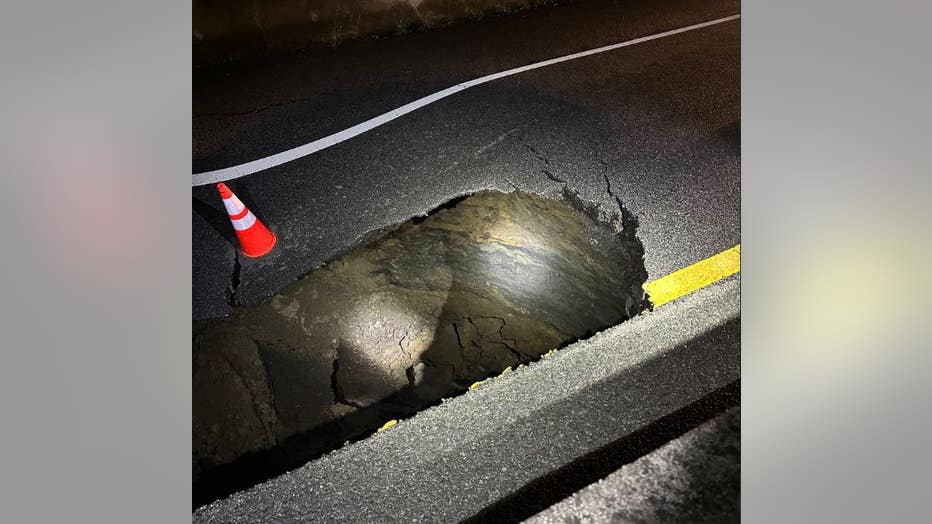 As of 3am this morning SR-92 has been closed in both directions because of this sinkhole. Photo: CHP Redwood City