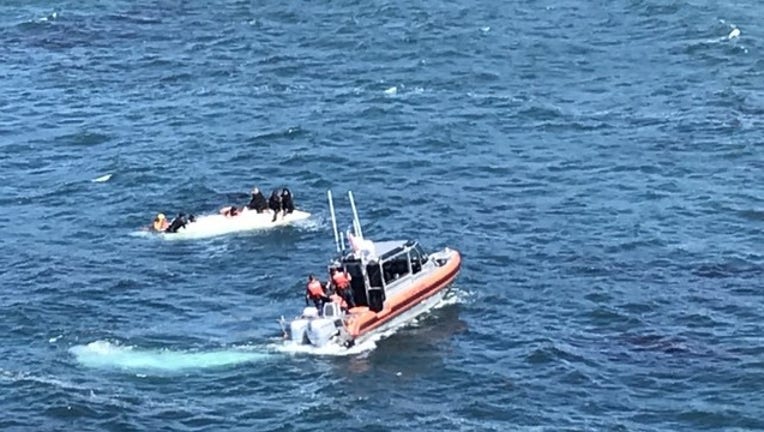 DAVENPORT, Calif. (BCN) - Six people were rescued from the Pacific Ocean Sunday morning when their boat capsized off the coast from Davenport in unincorporated Santa Cruz County, the U.S. Coast Guard reported Sunday.

The Coast Guard responded by dispatching an MH-65 Dolphin helicopter crew from San Francisco and a small-crew response boat from Santa Cruz.

None of the six people aboard was wearing a life jacket, the Coast Guard said.

The Coast Guard boat crew and the Santa Cruz Harbor Master both arrived at the scene around noon, and each retrieved three of the people in the water after the pleasure boat sank.

All six people from the sunken boat were treated for hypothermic symptoms and transported to Santa Cruz, where all were treated by emergency medical personnel, the Coast Guard said.