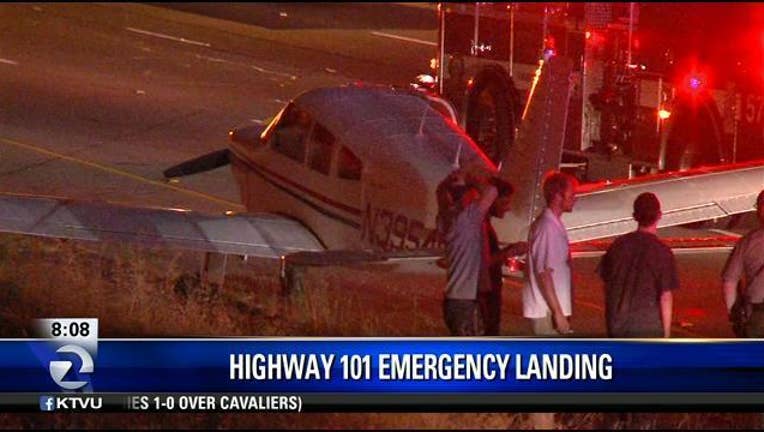 The pilot told investigators that the plane's engine just quit, and he started looking for a safe place to land, said CHP.

The pilot was able to safely set the plane down on the shoulder of the southbound freeway, near Coyote Creek Golf Drive off-ramp.

There were no injuries, but the CHP shut down the freeway, because one of the plane's wings extended into a traffic lane, according to authorities.

The pilot told KTVU, that he was headed for the San Martin Airport just a few miles away, when he experienced engine troubles.

The aircraft was cleared from the road, and the freeway reopened before 3 a.m. Sunday.