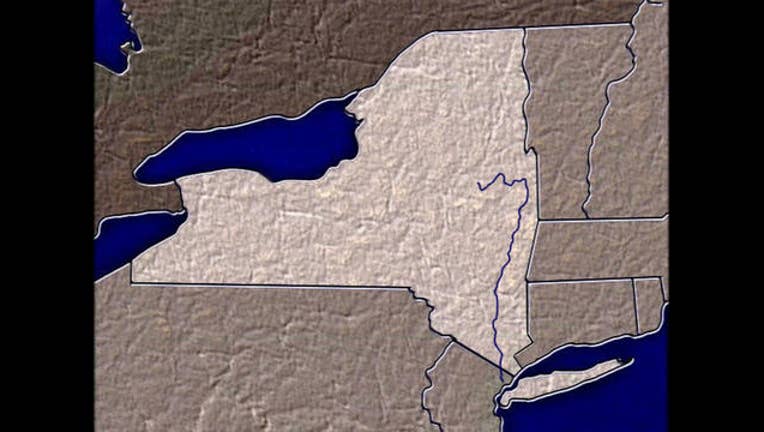 NEW YORK (AP) -- A small World War II vintage plane taking part in celebrations of its 75th anniversary flew a partial loop while smoke spewed from it and then crashed in the Hudson River between New York and New Jersey on Friday, and divers recovered a body from its sunken wreckage, police and witnesses said.

The single-seat plane, a P-47 Thunderbolt, crashed on a part of the river near where a US Airways commercial jet carrying 155 people splash-landed safely in 2009 in what became known as the Miracle on the Hudson.

A witness to the P-47 Thunderbolt crash, Hunter College student Siqi Li, saw smoke spewing from the plane and thought it was doing a trick.

"It made kind of a U-turn, and then there was a stream of smoke coming from it," Li told the Daily News. "It was tilting down toward the water. I thought they were doing some sort of trick. I didn't realize it at first, but it was a plane crash."

Scuba divers recovered the body of a 56-year-old man from the submerged plane about three hours later, New York Police Department Detective Michael Debonis said. Police hadn't confirmed the body was that of the pilot, the only person who was aboard the plane.

The body was taken back to the New York shore via police boat. Several police officers carried a stretcher to the dock.

The Federal Aviation Administration said the P-47 Thunderbolt aircraft, which went down near the George Washington Bridge around 7:30 p.m., was among three planes that had departed from Republic Airport in Farmingdale, on Long Island, just east of New York City. The other two aircraft returned to the airport and landed safely.

The American Airpower Museum is celebrating the 75th anniversary of the P-47 Thunderbolt this weekend. Museum spokesman Gary Lewi said the plane was kept at the museum and was taking part in an air show at nearby Jones Beach this weekend.

"Apparently the aircraft suffered an inflight engine failure," Lewi said. "I'm told the aircraft is at the bottom of the Hudson."

The three planes, the P-47, a P-40 and a photo plane, had been flying over the Hudson to shoot promotional material for the Jones Beach air show, Lewi said. The identity of the pilot of the plane that crashed was being withheld, he said.

The P47-Thunderbolts were the heaviest single-engine fighter planes used by Allied forces in World War II. They first went into service in 1942, with the 56th Fighter Group based on Long Island.

The one that crashed in the river flew periodically, including to other air shows, Lewi said.