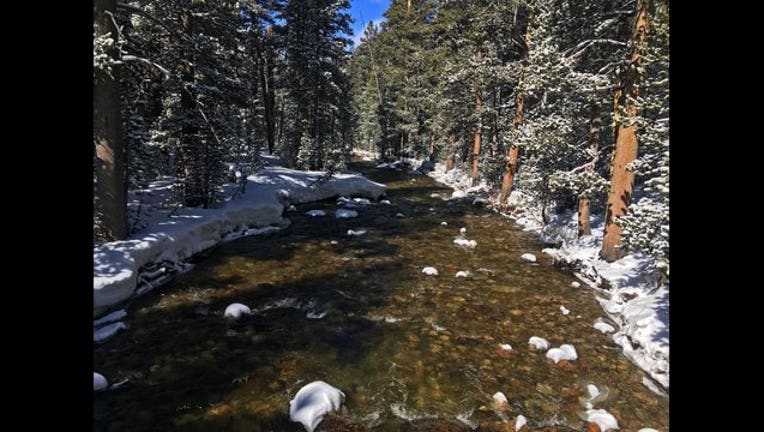 The Dana Fork after an April snowfall in Yosemite National Park. Photo: YosemiteNPS

The calendar says spring but California will begin the week with a winter weather advisory for upper elevations of the Sierra Nevada and a frost advisory for the northwest corner of the state.

The National Weather Service says snow is expected in the Eastern Sierra Monday afternoon through Wednesday evening at elevations above 7,000 feet.  Snow is also expected in the White Mountains of Inyo County.

The frost advisory will be in effect early Tuesday in parts of Del Norte, Humboldt and Trinity counties, where temperatures will fall close to freezing.