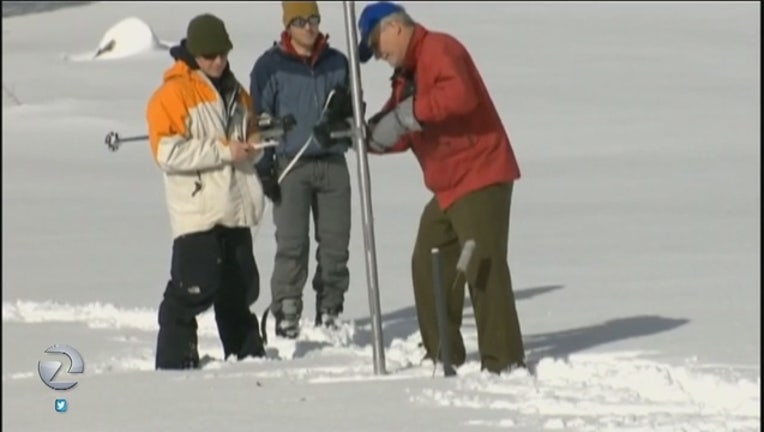 The state's Department of Water Resources reported Tuesday that the water content of the Sierra Nevada snowpack is at 115 percent of its historical average. The electronic readings are at their highest since 2011, when it reached 129 percent.

The Sierra snowpack contributes nearly one-third of California's water. The last four years have been the state's driest in recorded history.

The agency says that precipitation is at 116 percent in Northern California, where vast amounts of the water supply are collected.

State water managers say, however, that reservoirs remain far below historical levels, despite the wet winter.

They say the snowpack needs to be at 150 percent by April 1 to ease the drought.