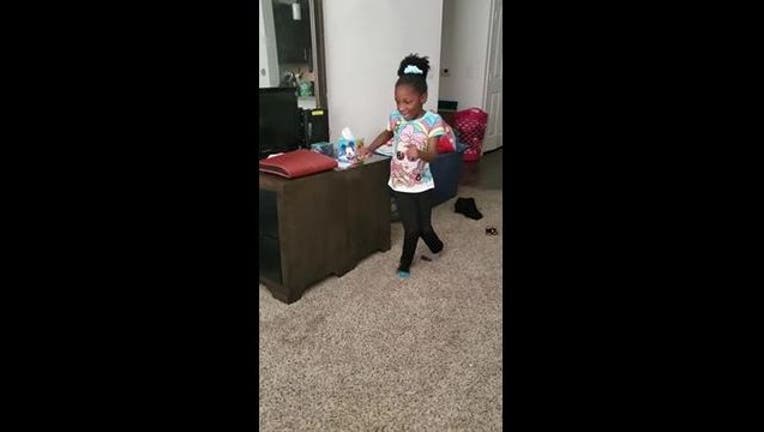 AUSTIN, Texas - - A girl with cerebral palsy amazed her mother by taking her first steps without the help of her walker on Friday.

The video, filmed by Lovely Janae on Oct. 4, was filmed in the family's living room in Austin Texas.

Lovely's daughter Love had never before walked unaided without her walker.

The 6-year-old, who has cerebral palsy, decided to "get up and try walking without her walker and braces."

In the now viral videos, Love is shown confidently striding forward while shouting "oh my God!"

She braced herself on some furniture before turning around and walking back the other way.

"Most of you know my daughter has cerebral palsy and needs her Walker to get around," Janae wrote on Facebook. "She decided to get up and try walking without her walker and braces. My hero is not someone older than me it's my 6 year old princess."

"I'm so proud of my baby," Janae later wrote, "She proved that anything is possible."