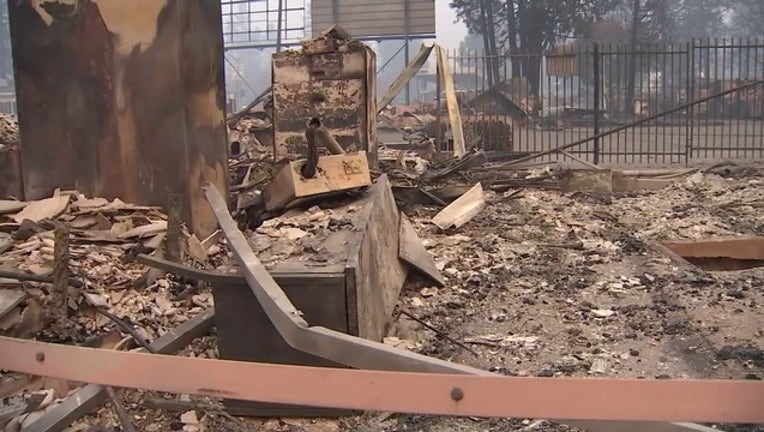 PARADISE, Calif. (AP) - Authorities are lifting evacuation orders for some Northern California communities ravaged by the state's deadliest wildfire but said no traffic will be allowed into the town of Paradise, which was the most devastated community in last month's blaze.

The Butte County Sheriff's office on Sunday said residents of neighborhoods in nearby Magalia can return to the area at noon on Sunday and public access would resume 24 hours later.

But the communities may have very limited services, and authorities urged residents to ensure they have food, water and fuel for their vehicles before returning. They also advised residents not to use electric generators because of potential back feeding of current and that fire and utility crews were still working in the area.

The office said late Saturday that the number of people listed missing since the wildfire has dropped to 25. That's about half the people reported missing a day earlier and a fraction of the 1,300 unaccounted for about two weeks ago.

Authorities have been working to account for survivors since thousands of people were forced to flee the devastating Nov. 8 fire that killed 88 people. The blaze all but leveled the town of Paradise and charred nearby communities.

Thousands were forced to flee, and many survivors later scattered to other towns or cities and did not think to tell authorities or relatives that they were safe. Anyone who can't be reached by a friend or relative is put on the county's list until they are tracked down by authorities.