FORESTVILLE, Calif. - Sonoma County Sheriff's Office said two of its deputies rescued a teen who had run away from a probation camp Tuesday morning and nearly drowned in a pond. 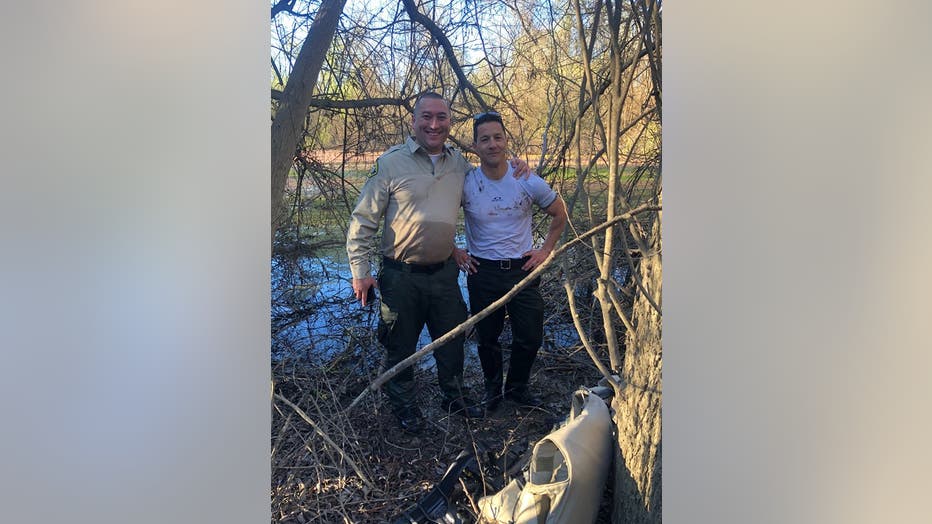 Officials said the teen left the probation camp at 7400 Steve Olson Road near Forestville around 7 a.m.

Staff at the camp saw him headed toward Eastside Road and called sheriff's officials for assistance. Deputies arrived within minutes, set up a perimeter, and began a search on foot as well as overhead with a drone to try and locate the boy.

The teen was initially spotted in a heavily wooded area, but deputies quickly lost sight of him, Sgt. Juan Valencia explained.

Minutes later, deputies heard someone calling for help. The drone was then able to locate the teen, who had ended up in a pond. The Forestville Fire Department was was called to assist with its swift water rescue boat, but officials said the boy could not swim and was struggling to stay afloat.

"... the deputies realized they could not wait and went into the water to rescue him," the sheriff's office said in a news release. "The deputies used long tree branches to make a daisy chain and pulled the juvenile out of the pond."

On Facebook, sheriff's officials posted a photo of the wet deputies after the rescue, saying, "The stinky pond smell did not stop these two deputies from jumping into a pond and saving a probation camp juvenile escapee from drowning."

Medical personnel at the scene checked the teen. After determining he was okay, he was booked into juvenile hall.