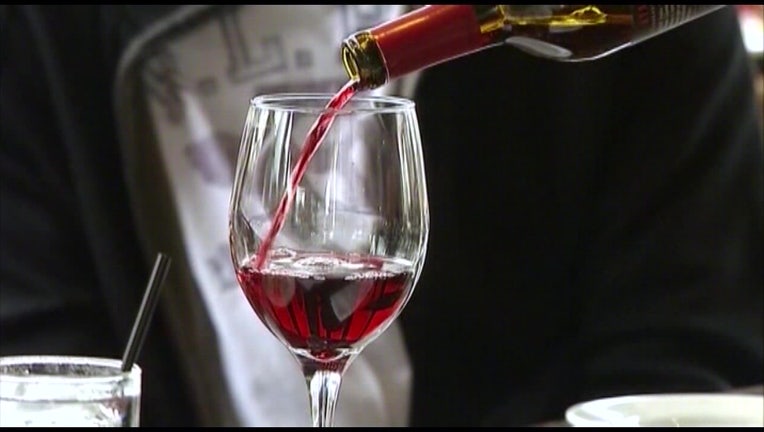 HEALDSBURG, Calif. - A January spill of tens of thousands of gallons of wine into a creek leading to the Russian River - said to be the largest wine spill to reach the river in Sonoma County history - violated state and federal laws, water regulators announced this week.

It's not known what penalties, if any, are in store for Rodney Strong Vineyards, the winery south of Healdsburg where the Jan. 22 spill of 97,000 gallons of cabernet sauvignon took place. But an official characterized the notice of violation issued by the North Coast Regional Water Quality Control Board on Tuesday as a minor proceeding.

"It's kind of perfunctory when there is violation of permit requirements," said Charles Reed, a supervisor with the Santa Rosa-based water board. "In this case it was a single-day event that caused them to be noncompliant. We'll probably expect them to put some practices in place that might prevent or at least lessen the severity of a similar discharge in the future, should it occur."

Still, said Christopher O'Gorman, communications director for Rodney Strong Vineyards, "We don't believe that the winery violated any laws. It was essentially a tank door failure, to the best of our knowledge." He said the door is being tested, a slow process due to the COVID-19 pandemic. He said he could not say whether the winery would contest the water board's findings. The lost wine was worth about $14 million, he said.

An advocate for the Russian River said that while the impact of the spill could have been worse, and the winery "did all the right things" after it, some price should be paid.

"I think that because there was some level of impact there needs to be some level of fine associated with it," said Don McEnhill, executive director of the nonprofit Russian Riverkeeper. He said wine had been "clearly visible" in the river five or six miles downstream of the spill. "They should not be setting a precedent that it's okay to pour wine into the Russian River."

O'Gorman said the winery hired an engineering firm to help "evaluate and implement ways to prevent any future similar occurrence and to further protect our local waterways." Also, he said, the winery is changing its drainage system and pumps, installing curbs, berms and bypass lines, and implementing additional staff training.

"The key thing for us as a certified sustainable winery, is that protecting our waterways and environment is one of our really core company values. This whole thing has been kind of devastating for us," O'Gorman said.

The water board, in its notice, described how the racking door on an approximately 100,000 gallon storage tank in the winery's blending building "catastrophically failed, bursting open with such force that it damaged an adjacent stainless-steel wine tank."

The water board's notice said the wine - equivalent to about 40,000 cases - flooded the building and "overwhelmed" its drainage system, flowed out of both ends of the building and across areas of soil and then concrete, and into a nearby Reiman Creek, which leads to the Russian River. Enough wine reached the river that a Sonoma County Sheriff's helicopter was able to record on video the red clouded water moving downstream.

The spill left wine stains along its path, including on the creek banks, the water board said. The next day, inspectors from the water board and the state Department of Fish and Wildlife saw dead earthworms in the area but no dead, injured or sick fish, vertebrates or amphibians, the report said; frogs were also heard and active water strider insects observed.

A February water board report said the winery had recovered 20 to 50 percent of the spilled wine by setting up a dam in the creek and using pumps to carry it to wastewater ponds. O'Gorman said, "Our best estimate is that we diverted at least 50 percent of it from the waterway."

The violations - discharging waste into the Russian River or its tributaries; unpermitted non-storm water discharges, and discharging pollutants into U.S. waters - could lead to fines of either $10,000 for each day they occurred or $1,000 for each gallon of waste that wasn't cleaned up.

But Reed said the notice issued Tuesday was "one of our lowest levels of enforcement actions. It could stop there; in fact it usually does with notices of violation."

When water board officials decide whether further enforcement is called for, they will take into account factors such as how much at fault or how negligent the winery was, how it responded to the event, and how it cooperated with authorities, as well as the severity of the spill, Reed said. That decision will take place in the next few weeks, he said.

Water samples the winery was asked to conduct - and which had to be submitted to an independent laboratory - showed "slightly higher" levels of minerals, grease and oil in the creek, as well as other organic indicators of the spill. But the samples were taken too late to accurately assess the full impact of the spill upon water quality, Reed said.

"They had a lot on their plate at the time, so they weren't able to do it until the next day, so they had already recovered much of the spill from Reiman Creek," said Reed. "And the wine that had entered the Russian River was already considerably diluted or had moved downstream, so those water samples don't reflect what the water quality was like after the spill."

He said he didn't have an estimate for how much wine entered the river.

Reed said the state Department of Fish and Wildlife can levy its own penalty against the winery; the department's media office did not respond to requests for comment.

McEnhill, of the Russian Riverkeeper group, said the winery "really threw a lot of resources at it and diverted a lot of wine from reaching the river, and that should absolutely be part of the consideration why it shouldn't be a whopping fine."

But, he added, "Because we didn't find floating fish doesn't mean there wasn't an impact. We're of the mind that you don't just say, 'Okay, don't let it happen again.'  The (federal) Clean Water Act says if you dump pollutants in a river without a permit, that's not okay."