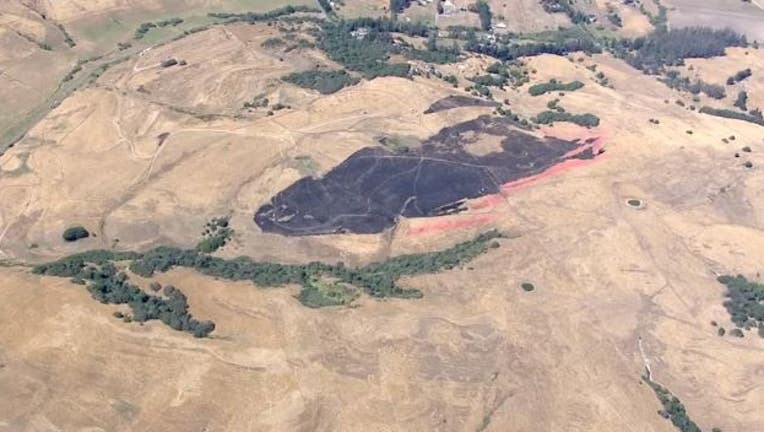 SONOMA, Calif. - A wildfire has been fully contained in Sonoma County after one person died in the fire Monday afternoon, Cal Fire officials say.

The Roblar incident was first reported just after 3 p.m. Cal Fire LNU spokesperson, Tom Knecht, said the person who died was a civilian. It is not clear how the person was killed.

Rancho Adobe Fire Department put out an alert to say the fire was burning on Roblar and Canfield roads, west of Cotati and east of Bloomfield.

As the fire broke out, Cal Fire said a full response was en route. The fire was mapped at 63 acres. The fire was 100% contained by 6 p.m.