The Falcon 9 rocket thundered into the morning sky from Launch Pad 39A at the Kennedy Space Center in Florida at 5:49 a.m. ET.

CAPE CANAVERAL, Fla. - Four astronauts are headed to the space station this morning after their refurbished capsule blasted off atop a reused rocket – the first time that a crewed spacecraft has reflown since the space shuttle fleet was retired a decade ago.

The SpaceX Falcon 9 rocket lifted off from Kennedy Space Center just before 6 a.m., cutting a bright path through the predawn sky. The booster's expanding exhaust plume was illuminated by the rising sun, leaving a dazzling display in the sky for several minutes that was visible for hundreds of miles across Florida and the U.S. East Coast.

The Crew-2 mission marks the second flight for this capsule, still carrying the ‘Endeavour’ nickname from its historic first mission last May. The booster, meanwhile, is the same one that carried a pair of astronauts to the station last fall.

Commander Shane Kimbrough says that the name ‘Endeavour’ has special meaning for him because he previously flew on space shuttle Endeavour. But the mission is more special for his pilot, Megan McArthur, who is riding in the same spacecraft and even the same seat that her husband Bob Behnken did. 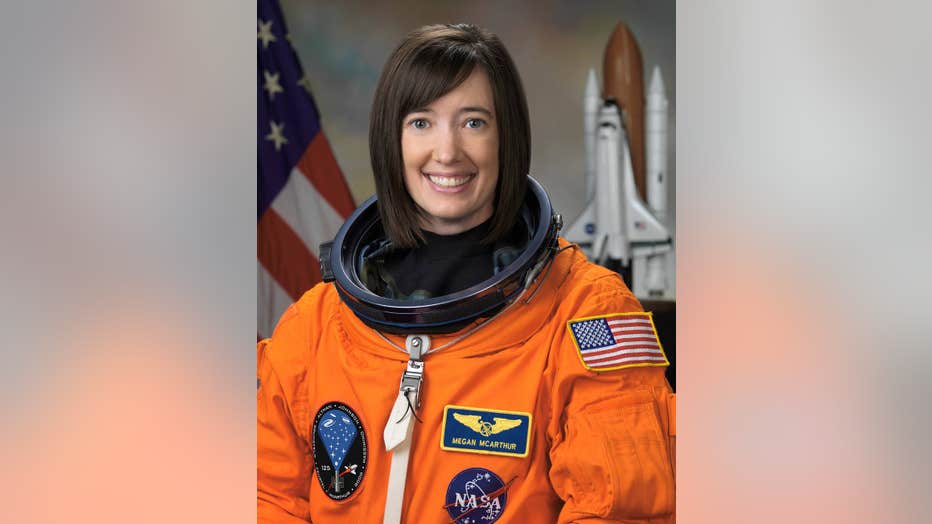 "It’s amazing to think that I will be sitting in the same seat that Bob was sitting in when he certified that vehicle on the very first time that it launched," offered McArthur, herself a veteran astronaut with a doctorate in oceanography. "I don’t think I realized that when I found out that I was going to be assigned to the Crew-2 mission. I didn’t realize it was going to be the same vehicle, but it certainly adds a little something special to the mission." 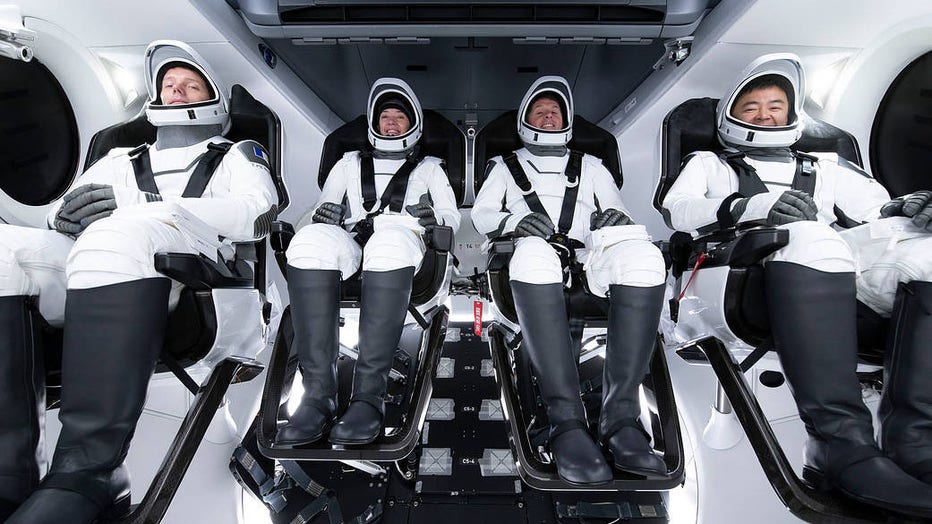 NASA’s SpaceX Crew-2 is pictured during a training session at the SpaceX training facility. From left are, Mission Specialist Thomas Pesquet of the (ESA (European Space Agency); Pilot Megan McArthur of NASA; Commander Shane Kimbrough of NASA; and Mis

The four-person crew is the largest since the final shuttle flight. Russia’s workhorse Soyuz craft, which filled the gap after the shuttles retired, are limited to a crew of three.

If all goes well, the Dragon capsule will dock with the International Space Station early Saturday morning.

Here's a sped-up view of the SpaceX Crew-2 launch in Cape Canaveral, and a closer look at the 'jellyfish effect' as the booster and upper stage climb into the sunlight.

At the station, the Crew-2 astronauts will join NASA astronaut Mark Vande Hei and cosmonauts Oleg Novitskiy and Pyotr Dubrov. Their Crew-1 counterparts are also still there, winding up their six-month mission ahead of a scheduled April 28 splashdown off Florida.

The four new arrivals will spend six months at the station, conducting biomedical research and installing the first of six new solar arrays for the station. 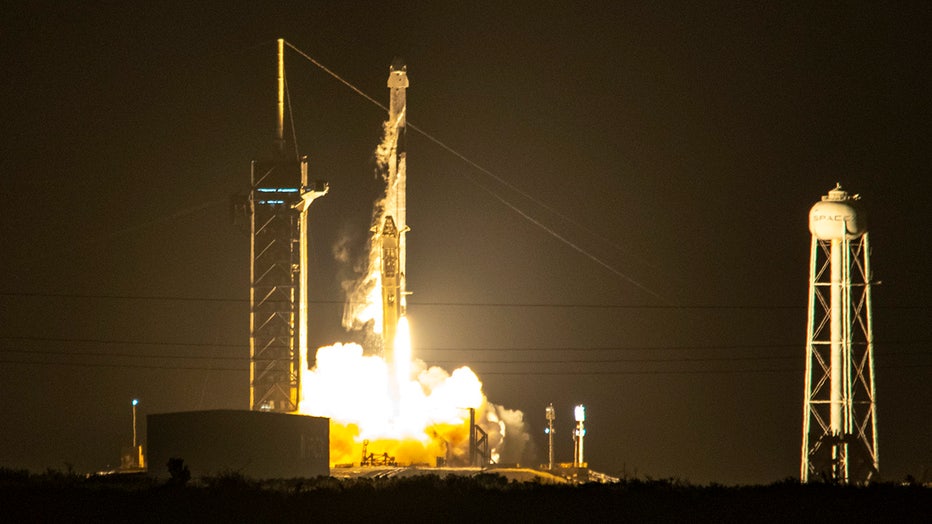 The mission comes at a busy time for both NASA and SpaceX. NASA’s Perseverance Mars rover has been grabbing headlines with its historic helicopter flights, while the agency recently awarded SpaceX a $2.89-billion lunar lander contract.

The company plans to use a modified version of its Starship vehicles, which have been undergoing dramatic – and often explosive – testing in Texas.

The lunar lander will be part of NASA’s Artemis program, which aims to land Americans on the moon by 2024. The agency is beginning to assemble the first SLS rocket that will carry the Orion capsules into space for those missions. 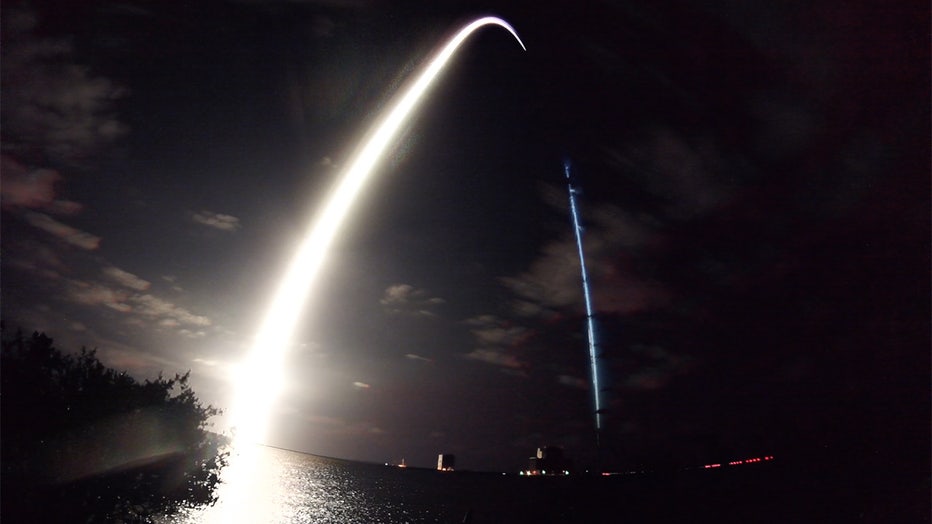 Time-lapse photo of the Crew-2 launch. 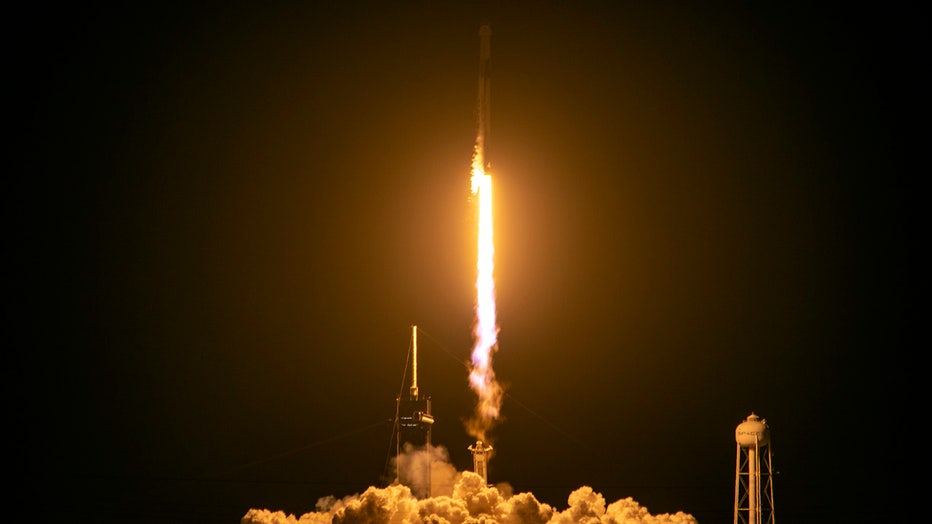 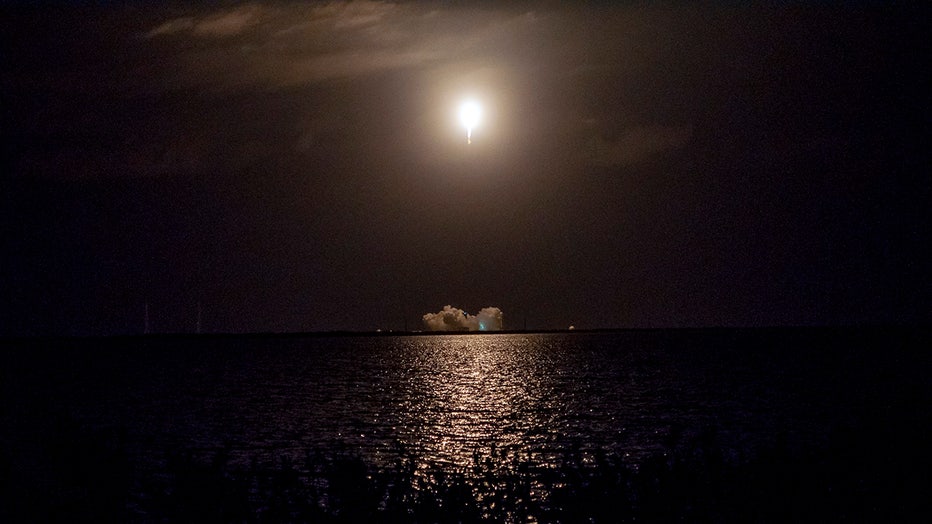 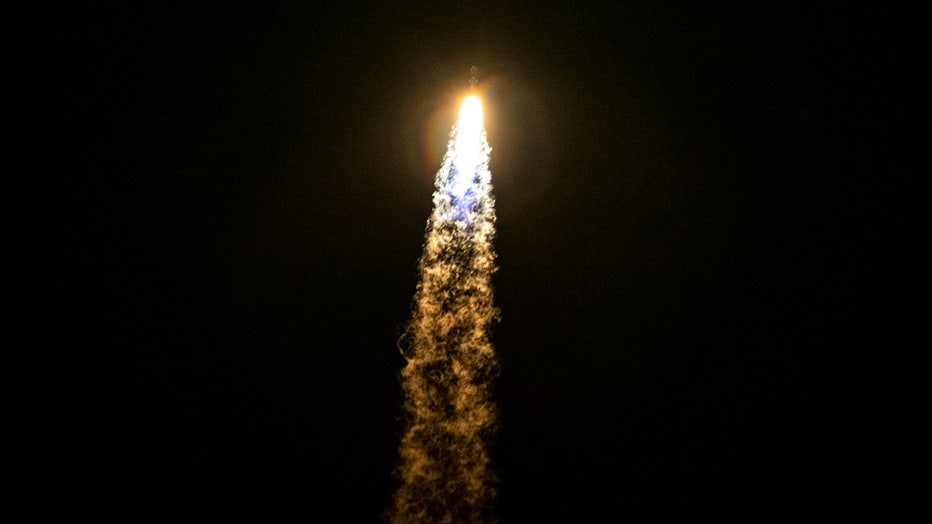 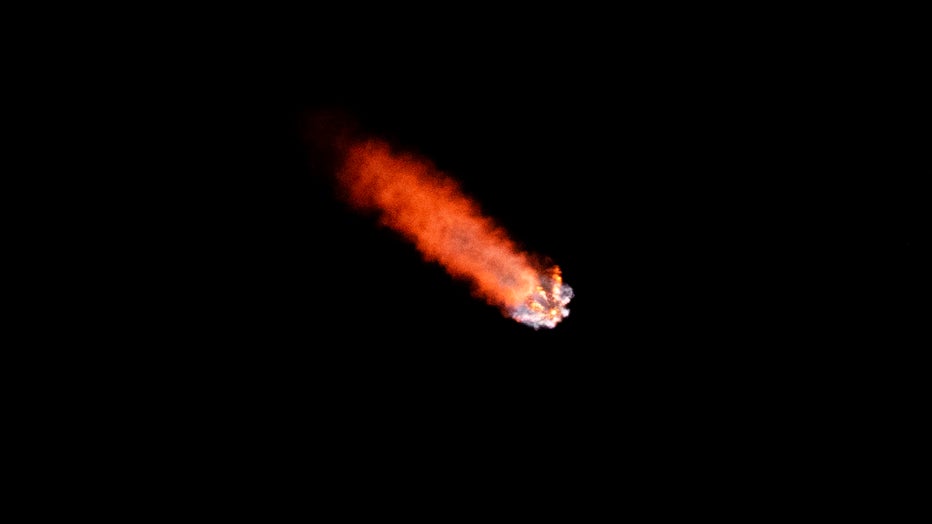 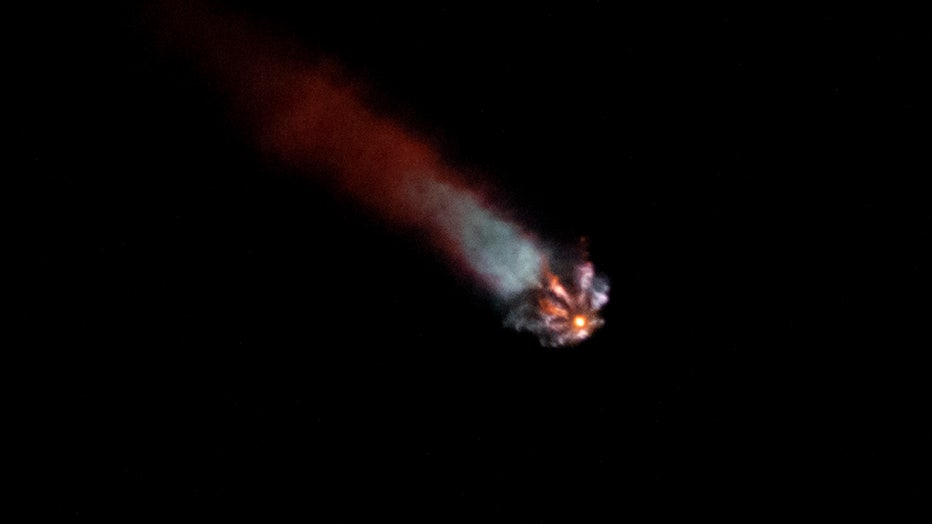 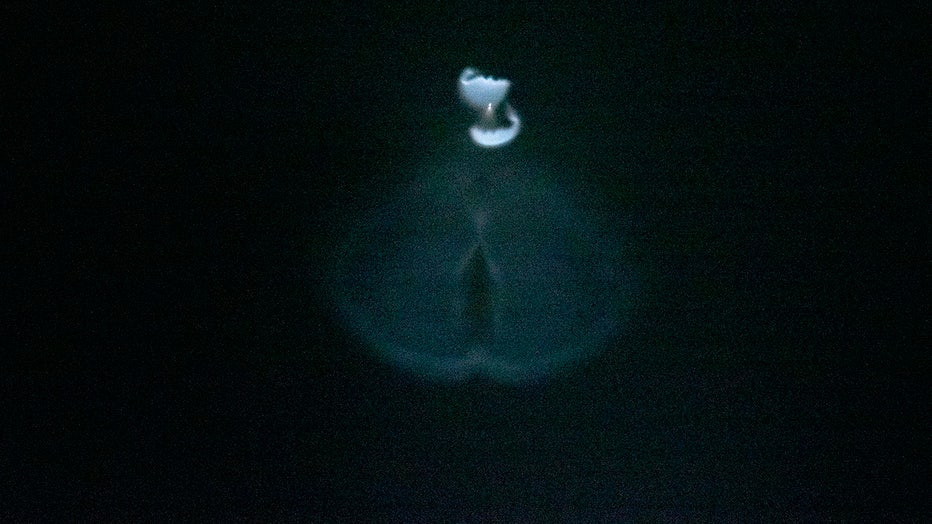 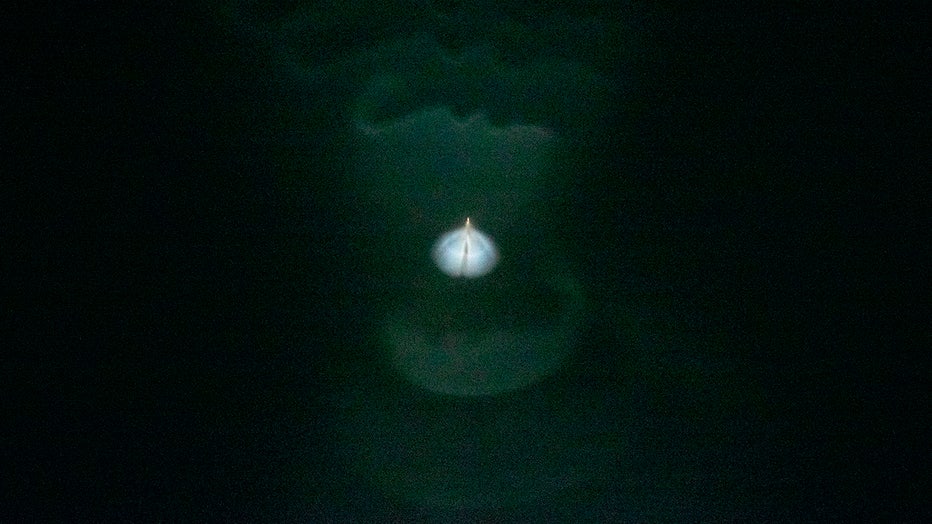 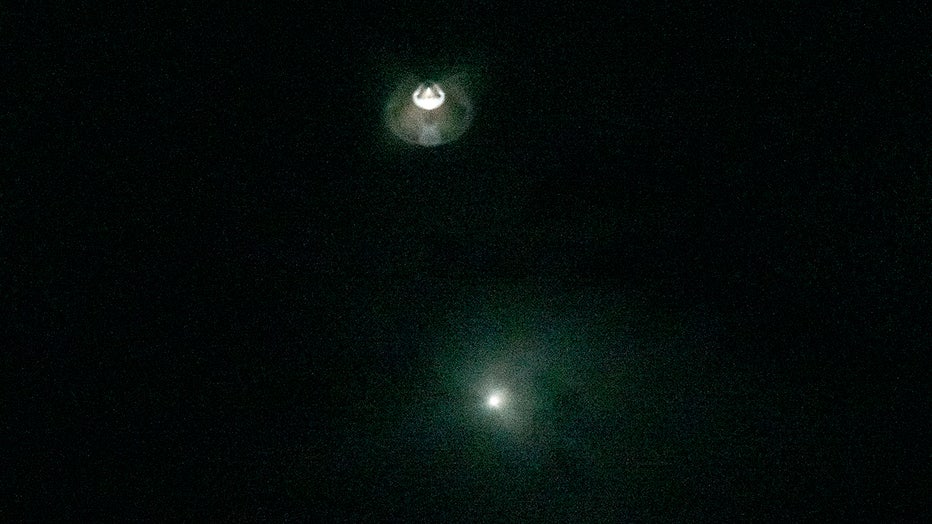 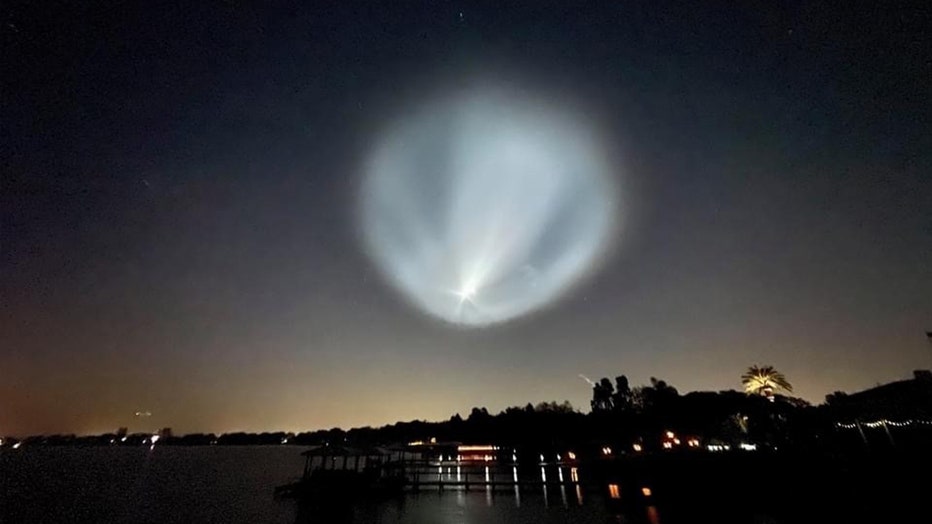 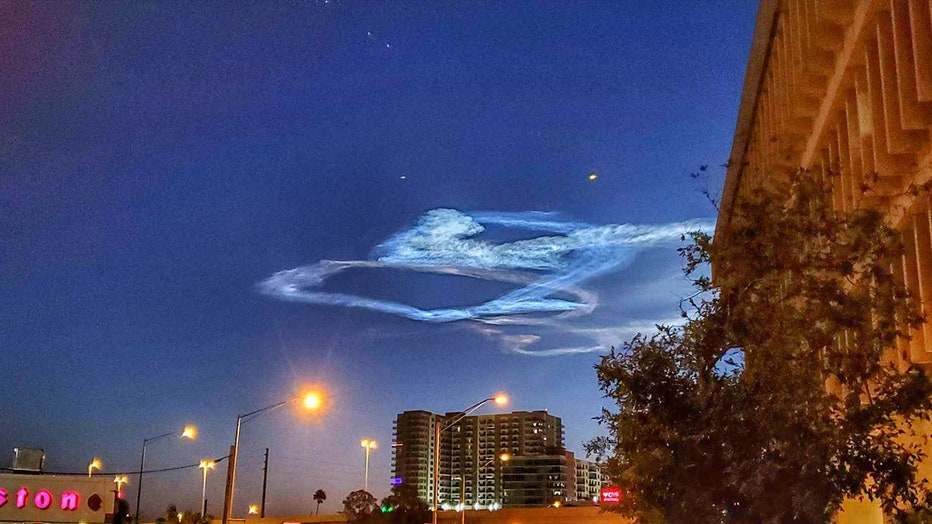 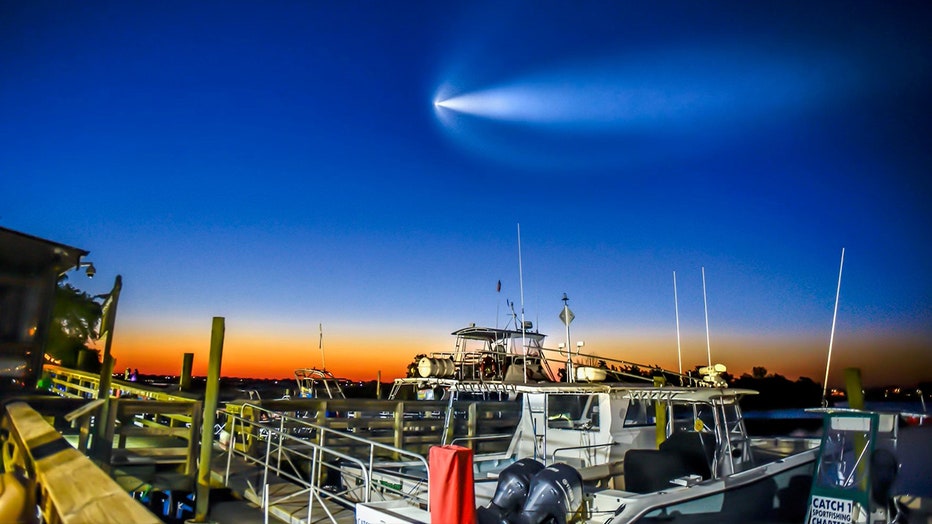 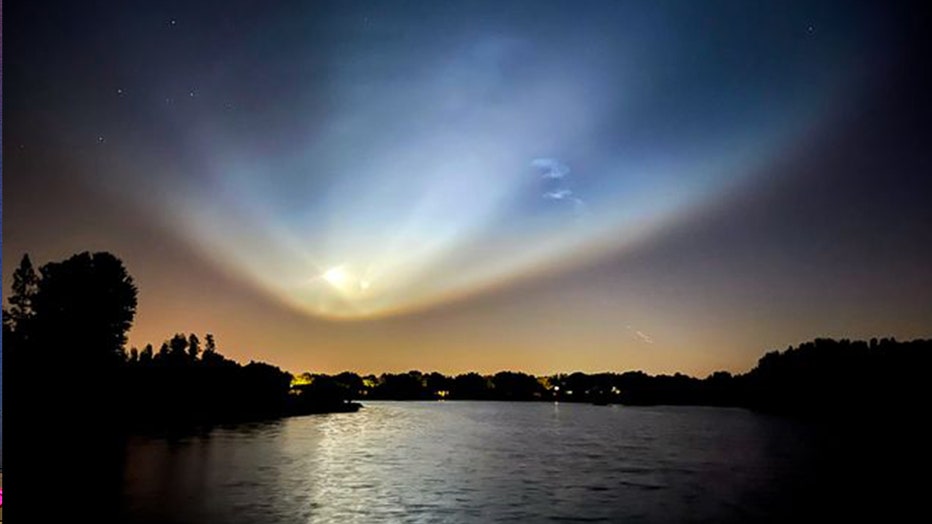 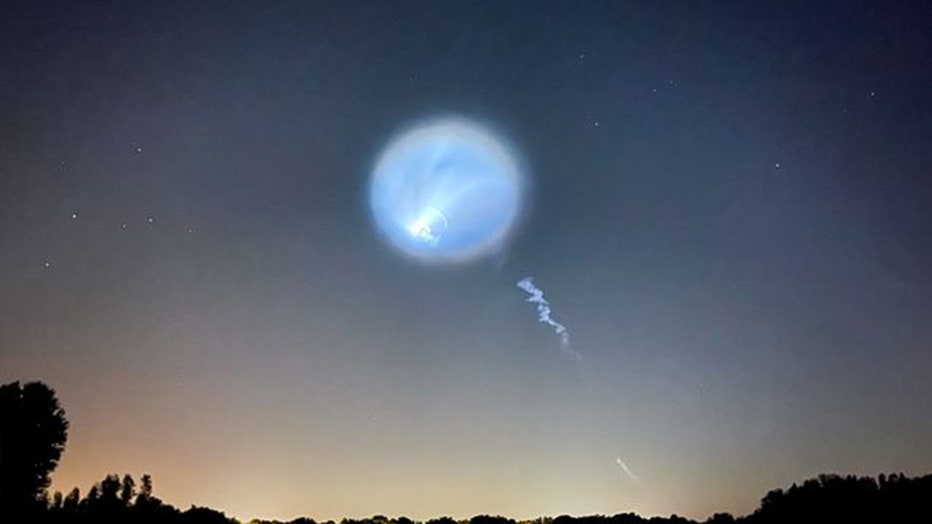 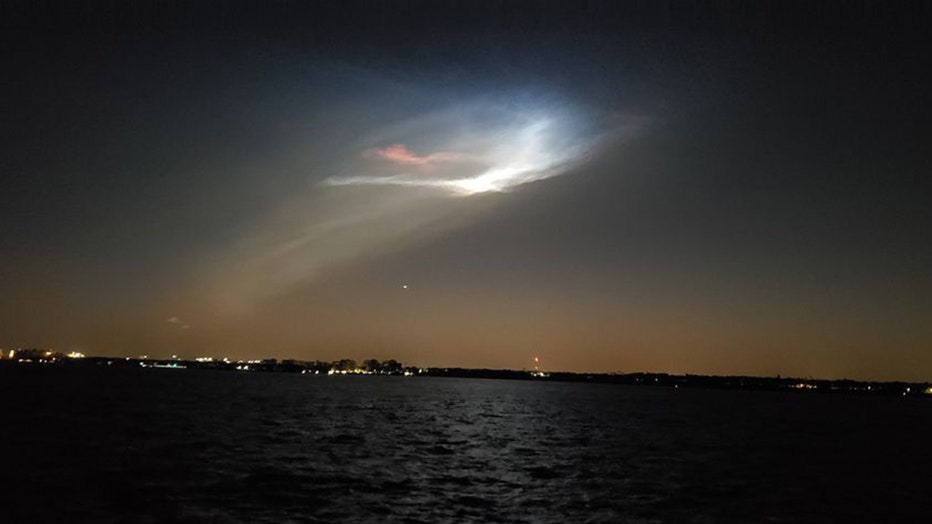