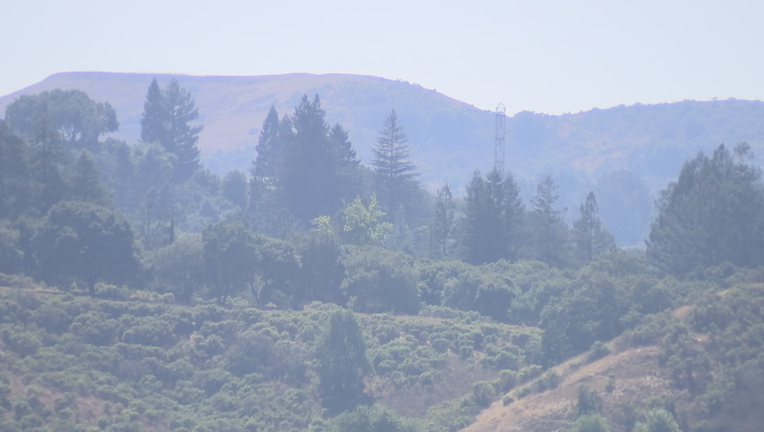 SAN FRANCISCO BAY AREA - A record-breaking string of Spare the Air alerts is now in its third week, with an alert for the region extended through Labor Day mostly due to smog, district officials said Saturday.

The alerts, which ban the burning of wood or other solid fuel both indoors and outdoors, are the 20th and 21st consecutive alerts issued by the Bay Area Air Quality Management District.

In recent days the alerts were prompted by wildfire smoke -- which continues to be a factor -- but unhealthy levels of smog, or ozone are expected to accumulate through Monday, air district officials said.

"Though wildfire smoke has subsided significantly and air quality has improved over the past few days, high temperatures and tailpipe exhaust are expected to cause unhealthy smog this holiday weekend," said Jack Broadbent, executive officer of the Air District.

Triple-digit temperatures are forecast around the region through Labor Day.

Bay Area residents should reduce driving and avoid smoke exposure when the smell of smoke is present, Broadbent said. Residents in locations with unhealthy air are advised to stay inside with windows and doors closed and to set air conditioning units to re-circulate to prevent outside air from coming inside.

Ozone, or smog, can cause throat irritation, congestion, chest pain, trigger asthma, inflame the lining of the lungs and worsen bronchitis and emphysema.

Long-term exposure to ozone can reduce lung function. Ozone pollution is particularly harmful for young children, seniors and those with respiratory and heart conditions. When a Spare the Air Alert is issued, outdoor exercise should be done only in the early morning hours when ozone concentrations are lower.