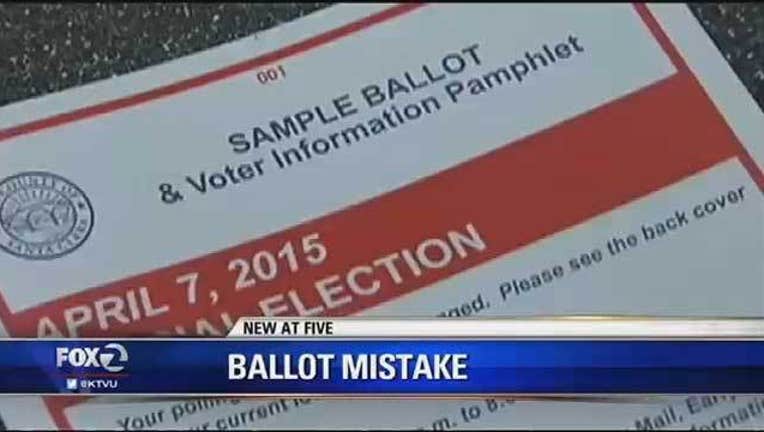 The symbol means the candidate agreed to voluntarily limit campaign spending, essentially a $140,000 dollar spending cap. However, it's not accurate.

A staff member mistakenly noted that candidate Mahn Nguyen had agreed to the spending cap when he did not. Now, the office plans to send out brochures alerting voters of the office error.

"It just was a typo that got carried forward," said San Jose City Clerk Toni Taber.

Nguyen called the error unfortunate and unfair. He thinks sending the corrected brochures will further confuse voters and hurt his first run at city office even more.

"It has caused irreparable harm to my campaign," said Nguyen. "That is the thing I don't want or any candidates would want that kind of publicity."

Voter Annette Lommasson dropped off her special election ballot and said she wished she was informed ahead of time of the mistake.

"I don't know what's going to happen now that we have turned in our votes," said Lommasson. "Are they going to have another recount? That's always a possibility."

Taber is adamant neither the Santa Clara County Registrar's Office nor the candidate is at fault. She said the corrected mailers are the fairest way to notify voters. The special election will now cost $645,000.