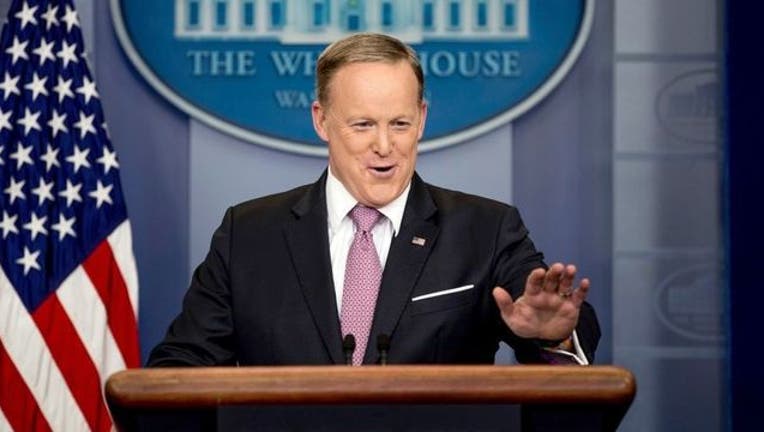 (FOX NEWS) - A woman questioned White House Press Secretary Sean Spicer on Saturday in an Apple Store, asking him what it is like working for a “fascist.”

Shree Chauhan posted a video of the encounter on social media over the weekend. In the video she is heard asking Sean Spicer if he “helped with the Russia stuff.”

Spicer responded to Chauhan by saying “we have a great country.”

The viral Periscope video showed the woman asking how Spicer felt “about destroying our country.”