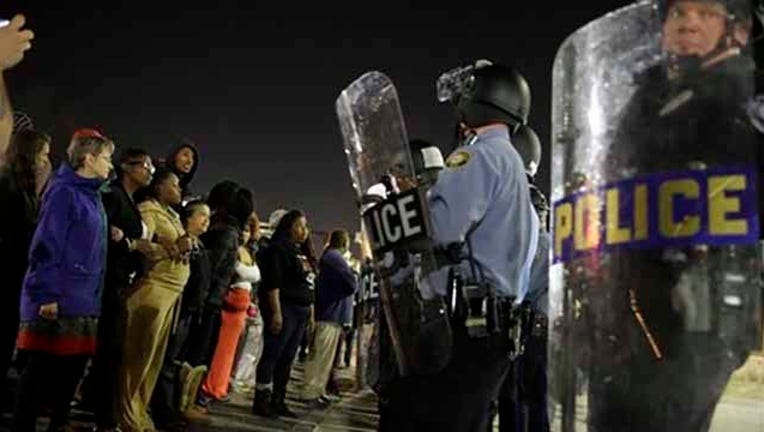 The shots were fired as what had earlier been a crowd of about 150 people had begun to dwindle, the newspaper reported. Some protesters fell to the ground and others ran. A huge police presence, including officers in riot gear, later surrounded the department.

Ferguson Lt. Col. Al Eickhoff told the newspaper that he didn't think either officer was from his department. Eickhoff said he didn't know the extent of the officers' injuries.

TV station KSDK reported the officers were taken to a local hospital.