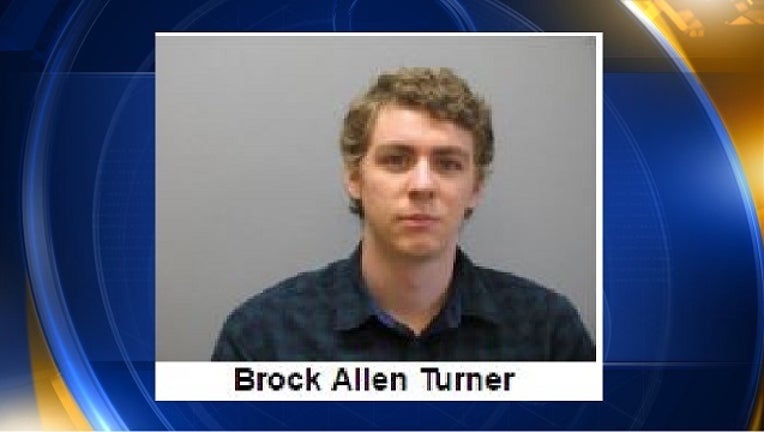 SAN FRANCISCO (AP) -- Stanford University is canceling plans to put a plaque on the campus site where a woman was sexually assaulted by a former school swimmer after the two sides failed to agree on a quote for the marker.

University spokesman Ernest Miranda said Tuesday the university is deferring to the woman, who decided not to participate after the school rejected two quotes she offered from a statement she read during the June 2016 sentencing of Brock Turner.

Stanford law professor Michele Dauber, a family friend of the victim who suggested the marker, said the university's "poor handling of the situation" scuttled a plaque meant to acknowledge the sexual assault. She said the plaque was intended to recognize the victim's "voice and experience."

The victim was referred to as Emily Doe in court to protect her identity. Her statement was circulated widely on social media.

"Emily Doe's impact statement inspired millions around the world," Dauber said. "It would have been a real benefit to the Stanford community to have a quote from this important piece of writing selected by the author for that location."

Miranda said the university agreed to turn the site of the assault on campus into a garden and contemplative space. But he said one of the victim's proposed quotes was inappropriate for the purpose of the site and a sexual assault counselor determined the other could potentially upset other victims.

Turner served three months in jail after a jury convicted him of sexually assaulting the unconscious woman behind a trash bin during a fraternity party in 2015. He also is required to register as a sex offender.

Turner's relatively light sentence prompted nationwide protests and criticism over how sexual assault victims are often treated by the justice system. Dauber is leading a campaign to remove Santa Clara County Judge Aaron Persky from office because of his sentence of Turner. The recall election is on the June ballot.