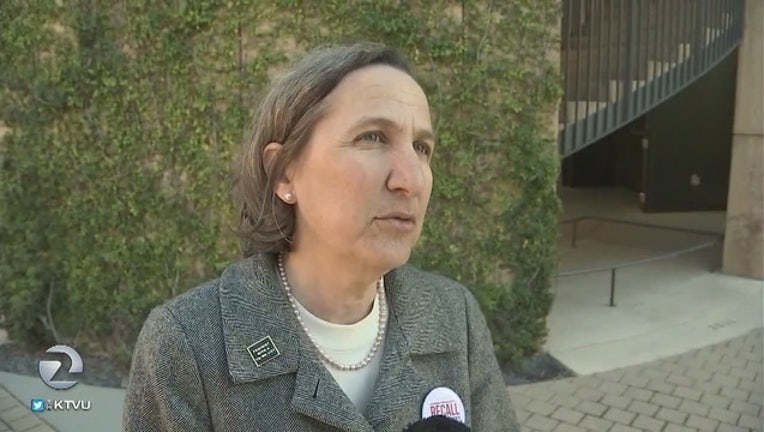 STANFORD (BCN) The Stanford University professor who chairs a campaign to recall a controversial judge addressed the public today after the FBI announced the arrest of a man who allegedly sent letters containing white powder to her and several other people.

Michele Dauber said in a statement that she was relieved that an arrest was made and that it was important to allow the criminal process to work.

Dauber has made headlines with the Recall Judge Aaron Persky Campaign, an effort to remove the judge who became controversial after sentencing former Stanford swimmer Brock Turner to six months in county jail for the on-campus sexual assault of an unconscious woman, a sentence viewed
by many as too light.

"Our campaign is not going to be intimidated by threats and personal attacks," Dauber said in her statement. "We are going to continue to stand with survivors of sexual assault and on June 5, the voters will recall Judge Persky."

The FBI announced earlier today that they had arrested Daniel Frisiello, 24, for five counts of mailing a threat to injure and five counts of false information and hoaxes.

FBI officials said the man, a resident of Beverly, Massachusetts, was arrested this morning and was set to appear in federal court today in Worchester, Massachusetts.

Frisiello allegedly sent envelopes to at least five high-profile individuals across the country, including Dauber, that bore Boston postmarks containing suspicious white powder and a note indicating or implying that the powder was dangerous, according to the FBI.

Stanford officials confirmed that Santa Clara County hazardous materials officials tested the white substance that arrived in the mail for Dauber on Valentine's Day and determined it did not pose a threat.

Dauber said in a statement that day that the mysterious white powder came with a note that contained a rape threat.

FBI officials said Dauber also received a glitter bomb in the mail, which is a letter containing glitter that, when opened, spills all over the place onto the recipient.

Law enforcement traced Frisiello's financial records back to the purchase of the glitter bomb delivered to Dauber. On Feb. 21, agents recovered trash from his residence that appeared to have remnants of the cut-out messages that Frisiello had sent to the victims, according to the FBI.