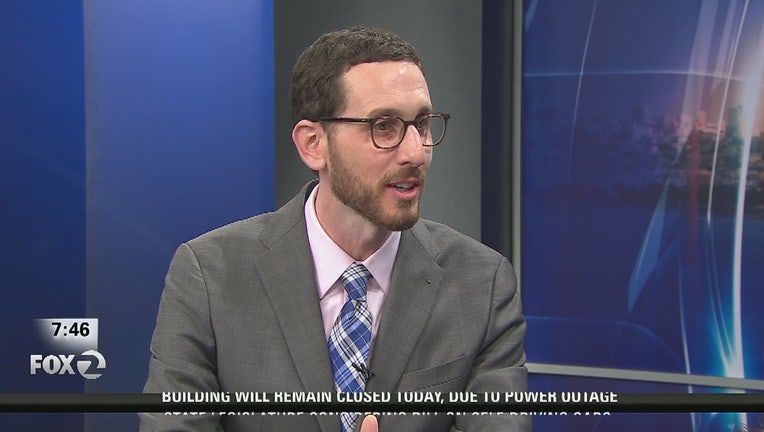 SAN FRANCISCO - California Sen. Scott Wiener, D-San Francisco, on Thursday
reaffirmed his commitment to changing how younger offenders, specifically those who identify as LGBTQ, are added to the state's sex offender registry.

Wiener introduced state Senate Bill 145 in January 2019 to do
that. But he said he has in recent weeks become the target of online harassment, including homophobic and anti-Semitic insults and death threats that he said grow out of misinformation being spread about the bill. He shared images of some of the threats last week on Twitter.

Wiener said believers in the conspiracy theory QAnon are accusing him of pushing to let gay men have sex with minors.

"They've identified this bill and started saying that this is about protecting pedophiles, which it is not, and even saying that I'm a
pedophile. This kind of slander, not just against me but against my
community, is outrageous, and we have to speak out against it," he said.

SB 145 would remove this discrepancy and let the judge decide in
all cases of consensual sex whether the offender should be placed on the registry. The bill would not change the law at all in cases where the sex was predatory.

Wiener said the bill is about protecting young LGTBQ people from
being treated unfairly based on the fact that they typically don't engage in vaginal sex.

"We're here today to speak up and say we need to lift up our LGBTQ youth. Our young people in the LGBTQ community are some of the most marginalized people in this country and in this world. These are youth, whether they are in middle school, high school or college, who are so frequently told that they have no worth, who are often shunned by their parents or by their communities," he said.

Some of the bill's critics claimed the bill would encourage the
abuse of young children, but Weiner clarified, "This bill has no application to anyone under the age of 14."

He added, "What we're proposing is ... (to) say that we're going
to treat all forms of intercourse the same, and that a judge will have discretion."