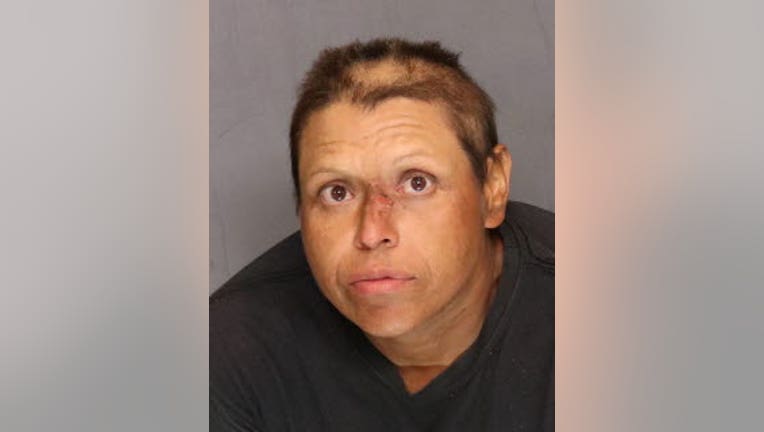 Erica Mora was arrested Sunday for killing a man and severely injuring a woman when she lit their tent on fire. Photo: Stockton Police Department

STOCKTON, Calif. - A woman was arrested Sunday in Stockton for setting fire to a tent with two people inside, leaving a man dead, police said.

Erica Mora, 40, was detained and booked into the San Joaquin County Jail and is set to appear in court Tuesday.

Mora allegedly lit the tent on fire with an accelerant and walked away on July 7 in Mormon Slough near Airport Way. A 40-year-old woman and a 35-year-old man were inside the tent.

The man, not yet identified, was taken to a hospital where he died from his injuries.

The woman was also taken to a hospital with severe injuries, according to police.

Police said Mora was allegedly dating the man. When she saw him with another woman, she burned the tent with the two inside, according to police.