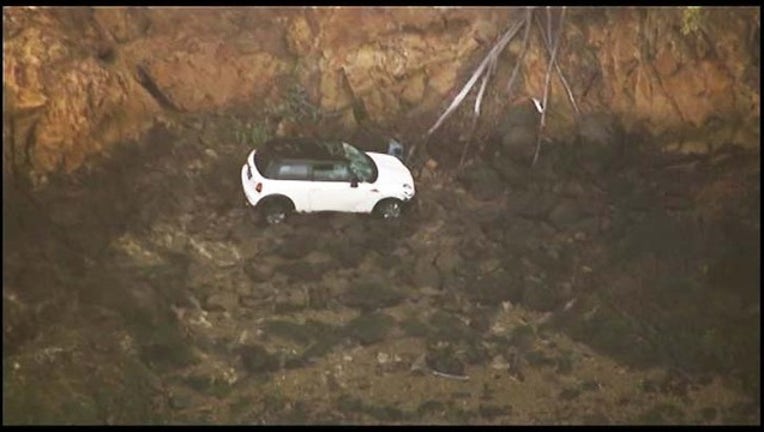 SAN FRANCISCO (KTVU and wires) – Police say a compact car discovered early Tuesday at the foot of a massive cliff near the Yerba Buena Island lighthouse was stolen.

According to police, the car was stolen from Oakland and registered to an owner in Berkeley.

Additional details on the stolen car have not been released.