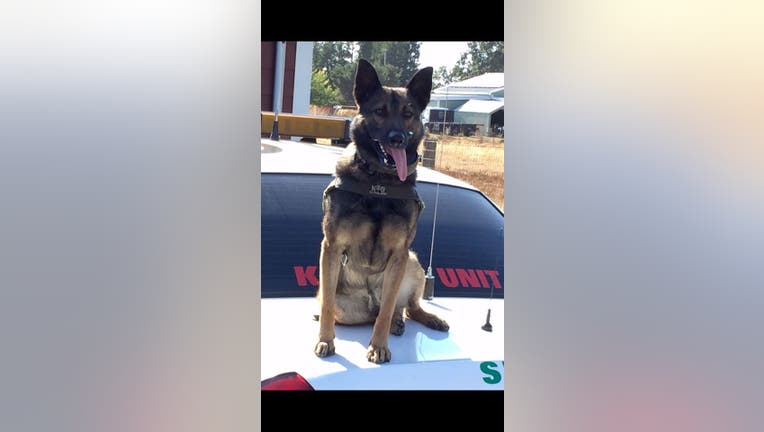 A sheriff's deputy spotted a stolen Honda Civic parked in the area of Vallejo Street and Corlano Avenue in east Santa Rosa around 5:15 p.m. The driver, identified as Jorden Cantor, 28, noticed the deputy and drove away but then stopped the car and ran, sheriff's Sgt. Juan Valencia said.

The deputy directed his K-9 Scout to catch Cantor, and the dog caught him and bit him in the leg despite Cantor pushing and slapping the dog's muzzle in an attempt to escape, Valencia said.

Cantor was taken to a hospital for treatment of his injuries before he was booked into the county jail on suspicion of vehicle theft, possession of a stolen vehicle, vehicle theft with a prior conviction, assaulting a police dog, and resisting or obstructing an officer, Valencia said. Cantor is being held on no bail.

The deputy found a shaved key used to steal vehicles in the ignition of the Honda, and suspected heroin and methamphetamine in the stolen car, Valencia said.