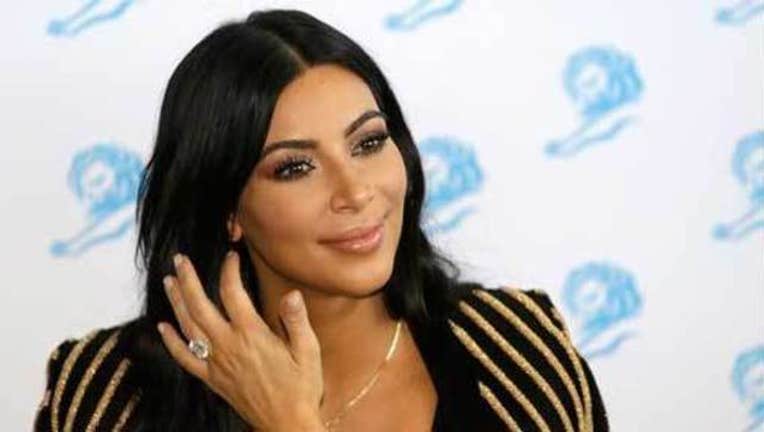 SAN FRANCISCO (AP) — Plans for Kim Kardashian to appear at one of San Francisco's most august institutions have set off a typical "love her/hate her" stir.

The reality TV star is scheduled to speak and sign copies of her new coffee table book "Selfish" during a Tuesday night event hosted by the Commonwealth Club of California, which bills itself as the nation's oldest and largest public affairs forum.

During the club's 112-year history, world leaders and intellectuals such as President Ronald Reagan, Soviet Premier Nikita Khrushchev, Martin Luther King Jr. and Cornel West have addressed its members. Franklin D. Roosevelt outlined the principles that would form the basis for the New Deal during a Commonwealth Club speech in 1932.

Kardashian's 45-minute conversation with LaDoris Cordell, a retired state judge, is being presented by a division of the club called INFORUM, launched in 2002 to appeal to younger and hipper audiences.

Topics are expected to include the pregnant 34-year-old's famous family, "the business of millennial culture" and "the objectification of women in media," according to INFORUM's description of the event. It also is scheduled to include 15 minutes of audience questions.

INFORUM director Caroline Moriarty Sacks said Kardashian was deemed a worthy guest based on "what she is doing in terms of business and social media and the way she makes us question our understanding of modern feminism, for better or for worse."

"We all need to think a little more deeply about her when she is booked by the Commonwealth Club, and that means we are doing our job," Sacks said.

Since the event was announced earlier this month, the program's Facebook page has lit up with comments opposing and supporting her selection, with some posters saying they would go so far as to cancel their club memberships.

The flap is reminiscent of the flak National Public Radio received earlier this month after Kardashian appeared on its "Wait Wait...Don't Tell Me!" quiz show. NPR received hundreds of complaints and some listeners threatened to stop donating to the nonprofit broadcaster.

Kardashian's personal representative, Ina Treciokas, declined to comment on why the reality star might be trying to reach new audiences or what she hopes to accomplish with the NPR and Commonwealth Club appearances.

In a surprising turn, Kardashian, who made a name sharing her life on television and is promoting a book of selfies, has barred photographers and video journalists from covering the event, the club said. Treciokas, Kardashian's publicist, confirmed that no cameras will be allowed at the 45-minute onstage discussion.

As of Monday night, about 200 tickets were left for the event at San Francisco's Castro Theatre, which seats 1,400, Sacks said. INFORUM events usually draw about 250 people, although more popular speakers have drawn audiences of over 700.

"I think it's a good thing that people have opinions and are so fired up about the right conversations we should be having. I am glad they care so much," she said.

At a separate Commonwealth Club event, Michael Oren, the former Israeli ambassador to the United States, will be speaking in San Francisco on Tuesday night.