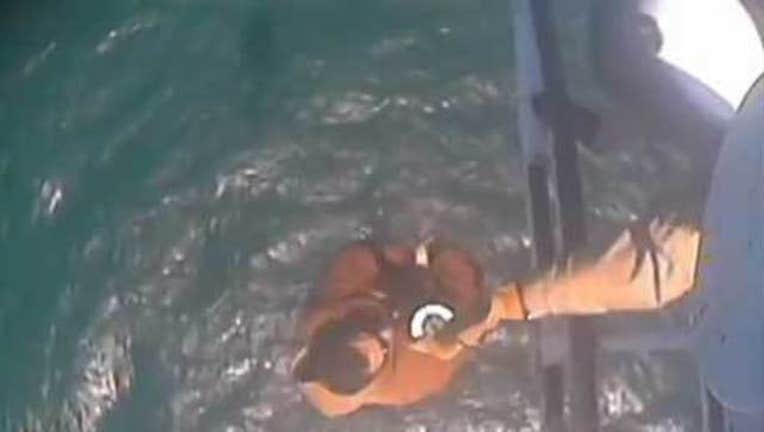 The male boater was stranded in his inoperable boat in rough surf along the rocky coastline at Salt Point State Park around 11:30 a.m., according to the CHP.

The Sonoma County Fire Department asked the CHP helicopter crew that was on patrol in the area to help rescue the boater, and the helicopter crew arrived a minute later, CHP officials said.

A rescue swimmer from California State Parks was able to reach the boat and check on the boater's condition, but swells prevented him from paddling the boat to a safer location, according to the CHP.

CHP helicopter pilot Scott Ellison and CHP paramedic Ben Schmidt flew to the stranded boat and lowered a rescue collar 75 feet to the boater below. The boater was taken ashore and was found to be cold and tired but uninjured, CHP officials said.