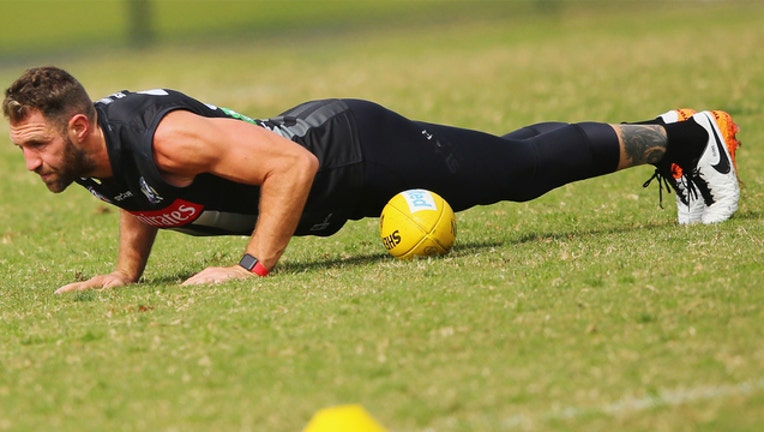 WASHINGTON (FOX 5 DC) - As much as you may have dreaded doing push-ups in gym class as a kid -- a new study finds that the number of push-ups a man can do could be an indicator of his risk of developing cardiovascular disease.

Researchers at the Harvard T.H. Chan School of Public Health found that men who can do more than 40 push-ups had a 96 percent lower risk of experiencing heart disease and stroke, than those who could do 10 or less, Newsweek reports.

Scientists looked at how many push-ups a group of firefighters in Indiana could do between 2000 and 2010.

By the end of the study, 37 subjects developed cardiovascular disease-related illnesses. Only one of those cases was a man who could do more than 40 push-ups at the start of the project.

According to Newsweek, researchers said they needed to conduct studies with a more diverse range of participants to get a better understanding of the findings.

However, the study found a man’s performance in the push-ups test was a better predictor of his heart health in the next ten years than his treadmill fitness.

The scientists found that on a practical level, push-ups -- which can be done from home, are more cost-efficient than a treadmill when it comes to developing better physical fitness habits that have been found to be a better indicator of heart disease risk.