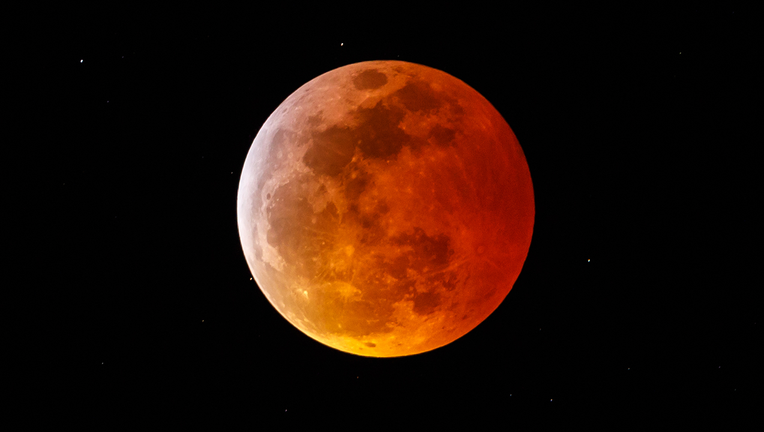 A super "Blood Moon" is set to enthrall sky-gazers in the Western U.S. later this month.

Early on the morning of May 26, the Blood Moon – named for its red glow – will be visible from North America.

According to NASA, the Blood Moon occurs during a total lunar eclipse when the Earth aligns itself between the moon and the sun.

Notably, this Blood Moon will be a combination of May's full Flower Moon – which is classified as a supermoon – and a total lunar eclipse.

A supermoon, also known as a perigean full moon, occurs when the side of the moon facing Earth is fully illuminated by the sun and is at the closest point in its orbit around Earth.

Only the Pacific Rim will see the eclipse reach "totality" at 11:11 to 11:25 UTC, but the entire world will see a supermoon, according to Forbes.

The outlet said that the name Flower Moon indicates that just nine hours before becoming fully illuminated, the moon will reach its closest point to the Earth – or perigee – for the year.

The Flower Moon is named after the abundance of flowers that emerges in late spring.

The totality of the Blood Moon lunar eclipse will last for around 14 minutes and 30 seconds, as the full moon passes through Earth's inner shadow, or umbra.

Following the eclipse, the event repeats in reverse as the moon moves out of Earth's shadow.

Where to see this celestial spectacle is more complicated, and NBC's Today Show reported last week that while the super Blood Moon will be visible over eastern Asia, the Pacific Ocean and the western U.S., most of the East Coast and central U.S. will get the short end of the stick as the moon will be below the horizon at the time of the full eclipse.

However, the next supermoon – the super "Strawberry Moon" will be visible on the East Coast on June 24 and there are three more eclipses scheduled to take place before 2022.