SAN ANSELMO, Calif. - A 63-year-old man accused of making racially charged criminal threats to the mayor of San Anselmo was released from jail over the weekend, with charges against him pending.

Jerald Welty was arrested on May 10, after Central Marin Police received a report of threats made to Mayor Brian Colbert, who is Black.

In a statement, the mayor described the messages as "violent, racist threats," adding, "He used words that we associate with the Jim Crow South, not Northern California in the 21st Century." 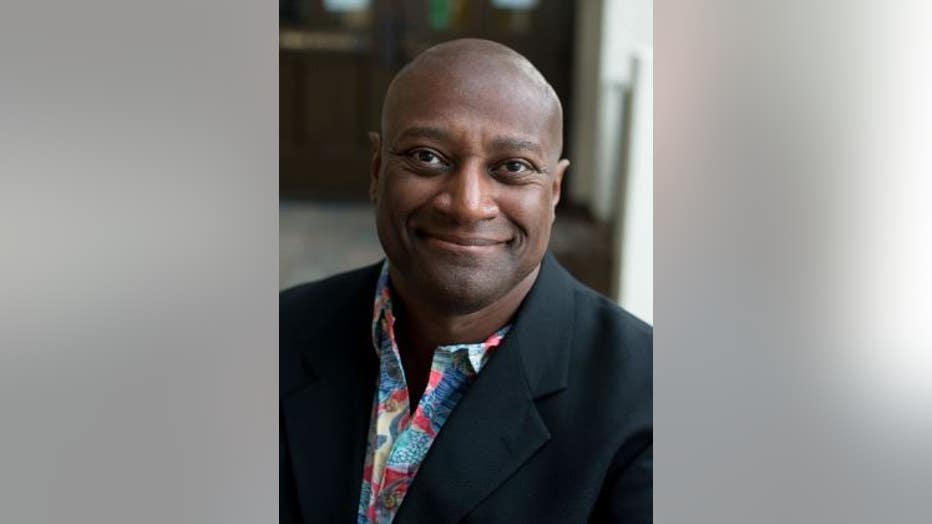 San Anselmo Mayor Brian Colbert was the target of voice mail messages "that threatened physical violence and were racial in nature," Central Marin Police said in a news release on May 11, 2021.

In all, there were three threatening and "racially-charged" messages targeting the mayor and left on San Anselmo Town Hall’s main phone line, according to a town newsletter.

"It goes without saying that the Town of San Anselmo has zero tolerance for racism and all racist acts," the newsletter said. "The Town will utilize all available tools to address and take action on any and all incidents of this kind in our community."

Police arrested Welty at his San Anselmo home within a few hours after the initial report. Investigators also obtained a gun violence restraining order and served a search warrant at the home, where they confiscated multiple firearms, police said.

Welty was booked into the Marin County Jail on a felony charge of threatening crime with intent to terrorize. Police said a hate crime enhancement charge was also requested. In addition, police said, "Due to the serious nature of this crime a bail enhancement was granted and bail was set at $150,000."

At this point, no charges have been filed against Welty, who was released from jail on Saturday. He was not required to post bail. "The DA’s office ordered his release pending charges either being filed or not filed," Marin County Sheriff's Office told KTVU.

The Marin County District Attorney’s office declined to provide details on the case, stating only that it was pending review.

KTVU asked the mayor if he was concerned about his safety and that of his family, to which he replied, "I’m absolutely worried, unquestionably."

The mayor said, "This individual clearly has problems with me based on something that I cannot change-- because the color of my skin."

Colbert is San Anselmo’s first Black mayor, and he’s believed to be the first Black resident to serve on a city or town council in the history of Marin County.

"The people of Marin County share basic core values of tolerance, understanding, and racial harmony," the mayor expressed in his statement, adding, "It is appealing to think of racism as an evil that exists only in other parts of the country. But racism exists here, too."

He commended Central Marin Police Authority for taking quick action in making an arrest and thanked those who have reached out to express their support.

"As mayor, I believe I am speaking for all of us when I say that racism is not welcome in San Anselmo," Colbert said. "We are better than this. I am confident that our entire community will unite to condemn these racist threats."