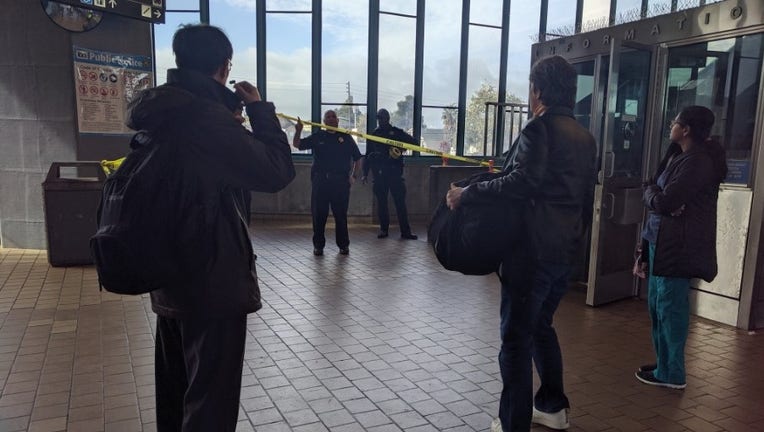 OAKLAND, Calif. - A man suspected of attacking a BART passenger with a box cutter Friday morning was arrested at the West Oakland Station, according to a BART spokesman.

At about 9:45 a.m., BART police responded to a call about a "disruptive" man making threats and carrying a weapon on a train at the Montgomery Street station in San Francisco, according to BART spokesman Chris Filippi.

Officers stopped the train at the West Oakland station at 9:53 a.m. and learned that the suspect had allegedly injured a woman on the train, according to Filippi.

The man was allegedly uncooperative and refused to obey officers' commands, so they used their Tasers in an attempt to subdue him.

When that didn't work, officers used a Wrap restraint device, which is wrapped around a person's whole body and pulls them into a seated position, to take the man into custody, Filippi said.

The suspect is in custody and will be given a physiological evaluation.

The woman suffered a cut to her left hand.

The attack and police activity led to major delays to trains heading into and out of San Francisco.