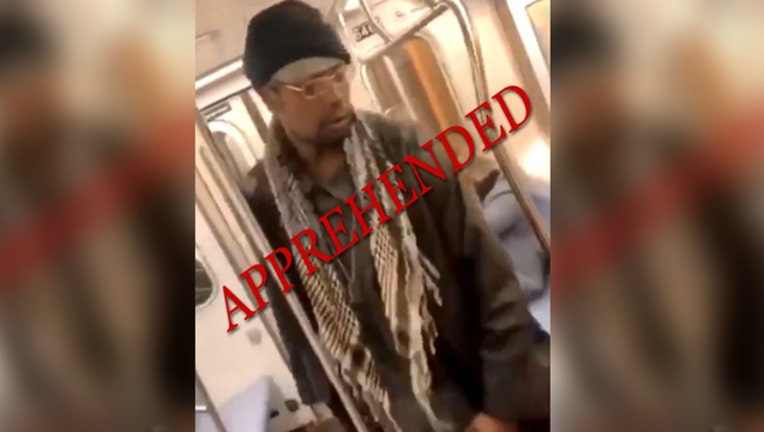 New York City Police have arrested a man wanted for brutally attacking an elderly woman on a subway train.

Police said she has since been treated and released.

Police announced via Twitter on Saturday that the suspect was in custody. The suspect's name has not been released.