OAKLAND, Calif. (KTVU) - John Lee Cowell resumed testimony in the Nia Wilson murder trial after refusing to appear in court Thursday, but shortly after taking the stand he was thrown out for a rant laced with profanity.

The defendant refused to answer questions during cross-examination from Alameda County prosecutor Butch Ford. He hurled obscenities at Ford and ultimately was removed from the courtroom for his behavior.

Cowell, 29, seemed annoyed as the prosecutor showed him surveillance video of the 2018 stabbing death of 18-year-old Nia Wilson.

As the district attorney repeatedly asked Cowell to look at the video, the defendant became angry saying, "Back the (expletive) off."

Judge Allan Hymer of Alameda County Superior Court ordered deputies to escort Cowell from the courtroom and he continued to curse and yell, "They can't force me to say (expletive) if I'm (expletive) leaving."

Wilson's family and supporters believe the accused killer is being selective in how he answers questions.

"He continues to answer questions until the whole courtroom sees he's about to get caught in what he's doing and then he acts like he's crazy," said family friend Beatrice.

Cowell's aunt also took the stand on Thursday and testified that both her nephew and his mom were paranoid and heard voices. During cross-examination, she acknowledged that she never mentioned "aliens" or "fake skin" in an interview with the defense, two things Cowell mentioned on the stand.

His testimony could have been thrown out because he never finished being cross-examined, but Judge Hymer indicated that he wouldn't declare a mistrial over the incomplete testimony.

It's not the first time Cowell has been kicked out of his own murder trial. During opening statements last week he was thrown out for an outburst as jurors watched graphic surveillance video of the attack.

Cowell began his testimony on Tuesday and admitted to fatally stabbing Wilson in the neck and trying to kill her sister Letifah. While on the stand he made references to "alien technology” and “fake skin.” 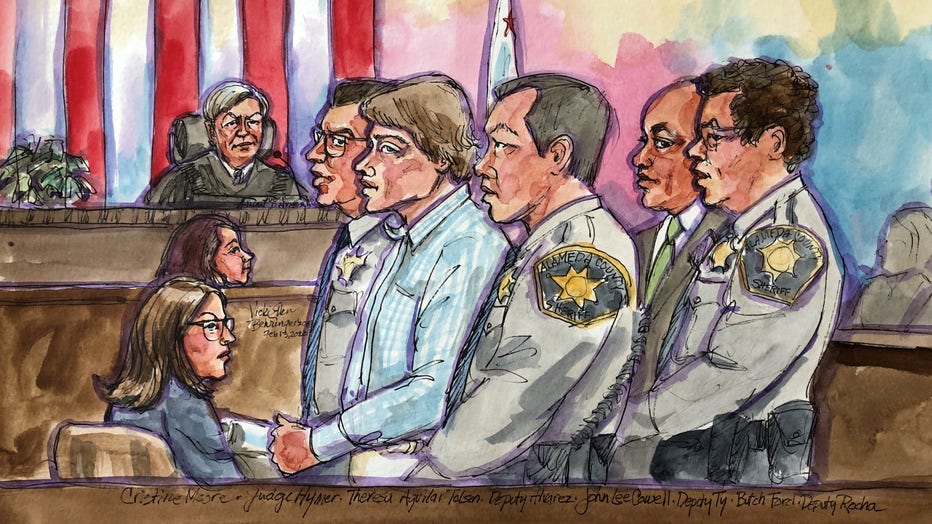 For the first time, Cowell gave his reason for carrying out the attack. He testified that Wilson and her sisters were aliens and gang members out to kidnap his grandmother.

"I stabbed both of the females in the crew because I believed they would not give my grandmother back," he said.

Cowell told the jury he suffers from bipolar disorder, schizophrenia and hears voices.

But Wilson's family believes it's all an act.

"I believe 75% of it is made up, but 25% I think is racially motivated because he keeps talking about black women and gang members," Wilson's mother Alicia Grayson said outside of court on Tuesday.

Ford vigorously questioned Cowell and asked if it was true he was a drug and alcohol abuser. Ford also brought up other damaging aspects of the defendant's past, and each time, Cowell replied, "I don't remember."

He repeatedly snapped during cross-examination from Ford and accused the prosecutor of being rude and disrespectful.

Grayson believes the attack on her daughter was based on the girl's skin color, even though the district attorney hasn't charged Cowell with a hate crime.

"Then he also said 'light skin,' 'dark skin,' and 'fake skin' and that's what made me think you know racially motivated," Grayson said.

Cowell's bizarre testimony followed an emotional day in court during which Wilson's sisters, Tashiya and Letifah, tearfully described her final moments as they watched her holding her neck where she was stabbed.

They both broke down while on the stand Monday, prompting Judge Hymer to call for recesses to give them a chance to compose themselves. 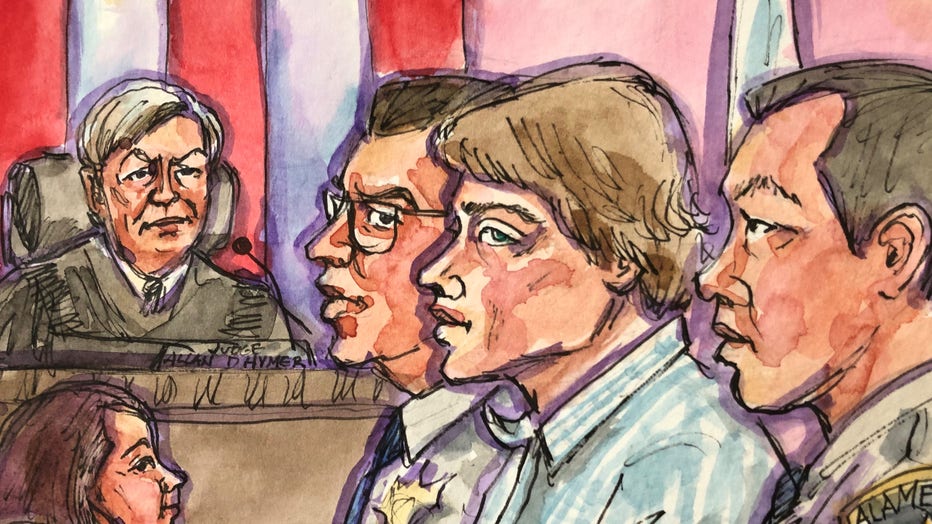 "For them to have to witness something like that, you know, I couldn't even imagine it, that's my baby girl," Grayson said outside of court Monday.

Letifah watched BART surveillance video in court Monday showing her and her two sisters riding in the same BART car as Cowell from the Concord station. But she began crying and told prosecutor Butch Ford, "I can't go on," as he asked her questions about the moments before the attack. Letifah then became sick in court.

Both Letifah and her sister Tashiya told the jury they saw Wilson falling or tripping into the BART train and then realizing that she had been stabbed from behind on the station platform. Wilson then called out Letifah's name. Surveillance video shows the 18-year-old holding her neck in shock.

Tashiya testified, "I was in shock. I was trying to figure out what happened."

She said Wilson was holding ner neck and that blood was coming out of her mouth. Tashiya said she called her father and starting yelling into the phone to come to the station.

Grayson said it was gut-wrenching for Wilson's sisters to relive her last moments.

"She got like physically sick on the stand," said Grayson referring to Letifah. "The other one, I could just see it in her face, like disgust."

Cowell has pleaded not guilty by reason of insanity.