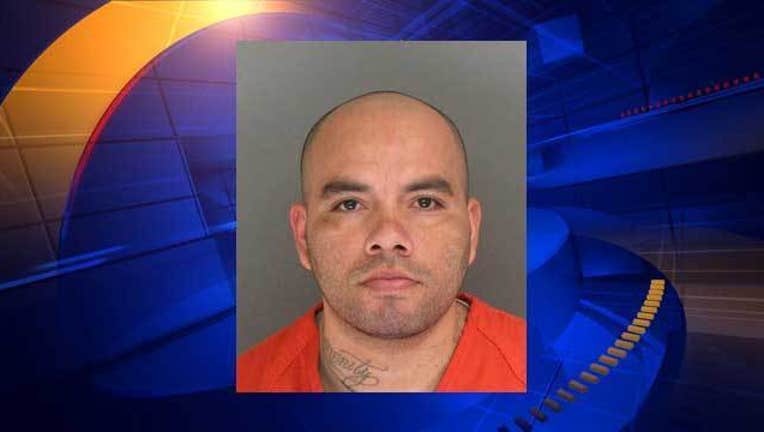 SALINAS, Calif. (KTVU & Wires) - A 32-year-old man suspected of fatally shooting a homeless man in Watsonville earlier this month was arrested over the weekend in Salinas, Watsonville police said Monday.

Officers had found Martinez suffering from a single gunshot wound that day and emergency crews pronounced him dead at the scene, according to police.

The fatal shooting was the city's second homicide this year, police said.

Detectives spoke with multiple eyewitnesses, collected evidence from the scene and worked with other agencies on the case, police said.

Days after the fatal shooting, detectives identified Acevedo as the suspect and looked for him in Santa Cruz, Monterey and San Benito counties with the help of a U.S. Marshals Service task force, according to police.

Watsonville police detectives were called to the scene to help monitor Acevedo and determined he was in a motel room with his girlfriend, 25-year-old Amparo Negrete Rodriguez, police said.

Salinas police officers and a SWAT team worked with detectives to obtain a search warrant for the room, according to police.

Authorities kept watch over Acevedo and Rodriguez overnight and around 6 a.m. Saturday, a Salinas police SWAT team initiated contact with the couple and an hours-long standoff ensued, police said.

Hostage negotiators were also called to the scene and worked to have the couple safely surrender, according to police.

Acevedo was arrested on suspicion of first-degree murder and violating parole, police said.

Rodriguez was arrested for outstanding warrants in Monterey and San Benito counties, according to police.

The couple was booked into county jail and Acevedo will be extradited to Santa Cruz County, police said.