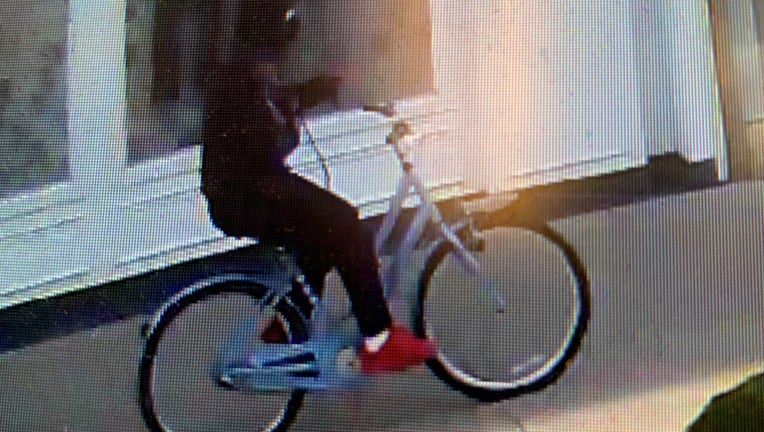 At around 2:47 p.m., dispatch received a call about an armed robbery that had just happened at the shopping mall located at 180 El Camino Real. Police responded but the suspect had already left.

According to the police report, the two women in their seventies and eighties, were having lunch together at True Food Kitchen. They were approached by the suspect who brandished a black handgun and demanded the women's purses. The victims complied and were not hurt.

Witnesses said they saw an orange part on the gun. Police believe the gun may have been a replica.

The suspect was last seen riding a blue bicycle northbound towards Sand Hill Road. The suspect is described by police as a Polynesian male in his late teens or early twenties. He has short curly hair and stands at about six-feet tall. He was wearing a black hooded sweatshirt with red lettering, black pants and red shoes. His face was covered.

Police have released a surveillance image of the suspect riding a bicycle. Information about this case can be called in to the 24-hour dispatch center at (650) 329-2413. Anonymous tips can be emailed to paloalto@tipnow.org or sent via text
message or voice mail to (650) 383-8984.