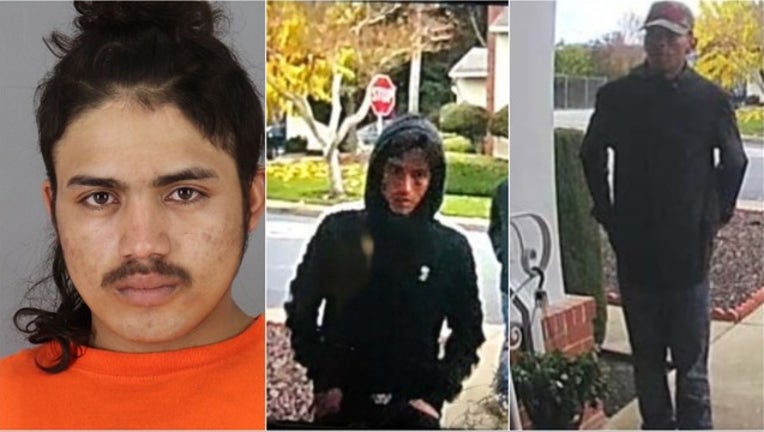 MILLBRAE, Calif. (BCN) - A suspected package thief was arrested Friday afternoon and authorities are searching for two others who escaped after a pursuit through Millbrae backyards, according to the San Mateo County Sheriff's Office.

Just after 4 p.m., sheriff's deputies were alerted when the trio were spotted taking packages from several homes in the area of Cozzolino Court in Millbrae, sheriff's spokeswoman Detective Rosemerry Blankswade said.

When deputies arrived, the suspects ran into backyards of nearby homes, Blankswade said..

After a search, Ramon Ulloa, 20, of San Francisco was found and arrested on suspicion of possession of stolen property, residential burglary, possession of methamphetamine and taking part in a criminal conspiracy.

The two other suspects were not found, but the sheriff's office hopes to identify them and posted security camera video on Twitter at https://twitter.com/SMCSheriff/status/1076540933338873856

Anyone with information regarding the thefts is asked to contact Deputy James Salomaa at (650) 259-2300, via email at Jsalomaa@smcgov.org or use the San Mateo County Sheriff's Anonymous Tip Line at 1-800-547-2700.